PA Legislator: Those Who Oppose “In God We Trust” Signs in Schools “Condemn Patriotism”

Pennsylvania State Rep. Rick Saccone is one of those legislators who can’t tell the difference between church and state. In 2012, he sponsored a resolution declaring it the “Year of the Bible.” He’s currently sponsoring legislation to put the words “In God We Trust” in every public school — and possibly every classroom — in the state. 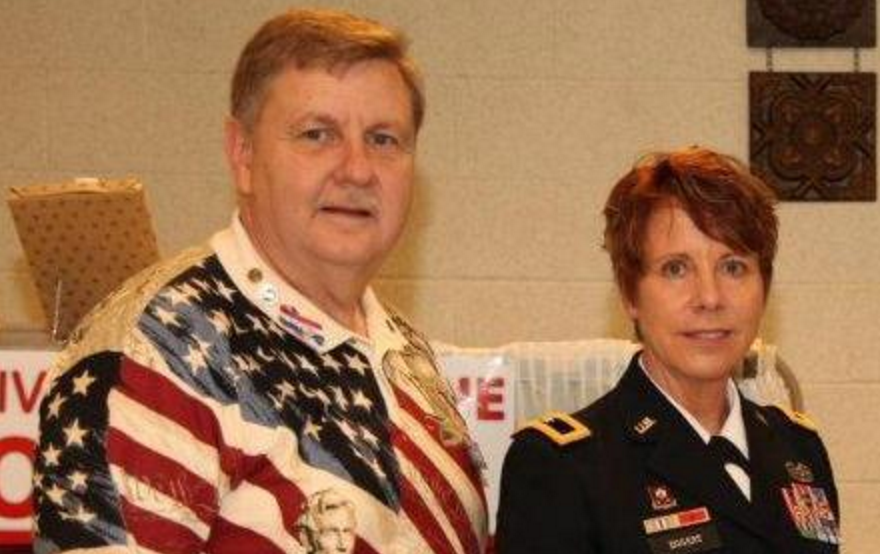 In a recent talk, Saccone promoted the bill by talking about the importance of the phrase:

… Saccone cited the motto display law as part of a larger need to restore faith and values in American life.

“I believe our country is in peril because of our moral decline,” Saccone said. “Our culture is crashing down around us and we have to restore our values.”

“Our country is sick and is in denial of sickness. And I really believe our moral decline is in direct proportion to our indifference to God. For two generations, our kids have not been taught the virtues of our Founding Fathers,” Saccone said.

“Seculars have been disparaging our past and they’re trying to erase every trace of our founding heritage. They deny American exceptionalism and they condemn patriotism.

“So if we do not teach our children to love our God and love their country, the world will teach them not to. It’s our responsibility to do this.”

Someone should tell Saccone that the Founding Fathers wouldn’t pass his patriotism test — many of them were Deists and wouldn’t recognize his brand of belief.

Separation of church and state isn’t a heretical idea. It’s right there in our First Amendment.

But that line about how “Seculars” — or, I assume, those of us who support church/state separation — “condemn patriotism” is especially horrible. It suggests there are no atheists in the military, which is unequivocally false, and that atheists shouldn’t be in political office. It’s slander against an ever-growing segment of the American public. We oppose his measure to push religion in schools because we love our country.

It’s not Saccone’s job as a legislator to teach kids about obeying his despicable, genocidal, praise-hungry God. If he wants to brainwash his own kids, he has that right. But the rest of the state deserves better.

Even on a practical level, putting “In God We Trust” on classroom walls isn’t going to teach patriotism. It’ll just be a constant reminder to students and teachers that this is how some Christian legislators think they’re making a difference when they’re really just wasting everyone’s time and money.

It’ll teach them that the U.S. doesn’t appreciate diversity of thought or freedom of religion. The leaders just want you to obey. That’s some theocratic bullshit right there.

By the way, in the picture above, Saccone is wearing his flag shirt. It’s the same one he wore while delivering his speech on this bill.

According to the U.S. Flag Code, it’s considered disrespectful — or, dare I say, unpatriotic — to wear the flag as apparel.

So much for loving his country.

(Image via RepSaccone.com. Thanks to Brian and Justin for the link)

June 8, 2016 Hello, Fellow Masturbators of the Twitterverse
Browse Our Archives
What Are Your Thoughts?leave a comment