Florida Pastor With a Violent Past Shoots and Kills His Wife While Cleaning His Gun, He Claims June 8, 2016 Terry Firma

Florida Pastor With a Violent Past Shoots and Kills His Wife While Cleaning His Gun, He Claims

Pastor Darrel Reid, who runs a home-based ministry in Apopka, Florida, was cleaning his gun on Monday night when it went off and the bullet hit his wife in the head. Katie Reid died hours later in a local hospital.

Police say they are treating the shooting as an accident, but a local news station, through a records request, discovered that

Orange County deputies … have been out to the house 23 times for calls of service in the last three years. A close family friend who didn’t want to be identified told News 6 the couple had a violent relationship. 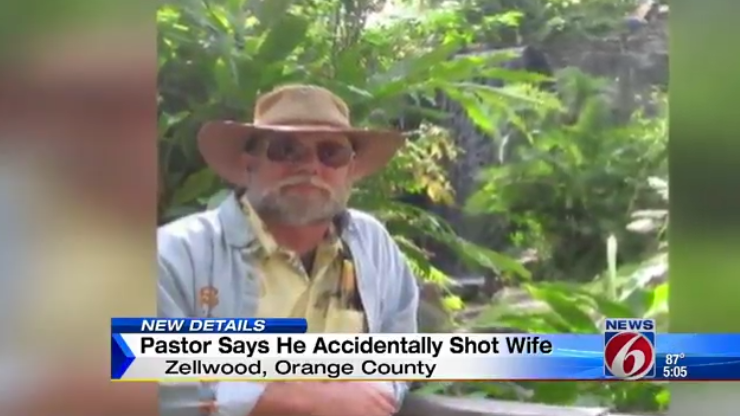 According to his criminal history, Darrell Reid has been arrested several times on violent offenses,

… when he was charged with aggravated battery with a deadly weapon, but that charge was later not prosecuted.

May we deduce from all this that Reid is supremely qualified to teach Jesus’ message of love?

June 8, 2016 Look, Buddy: The Bible is More Interesting This Way
Browse Our Archives
What Are Your Thoughts?leave a comment