Christian Minister Writes Poem About How Muhammad Ali is Burning in Hell for Not Accepting Jesus June 8, 2016 Hemant Mehta

Bert M. Farias, founder of Holy Fire Ministries, has a message for those mourning the death of boxer Muhammad Ali: If you don’t turn to Jesus, then you, too, will burn in Hell. 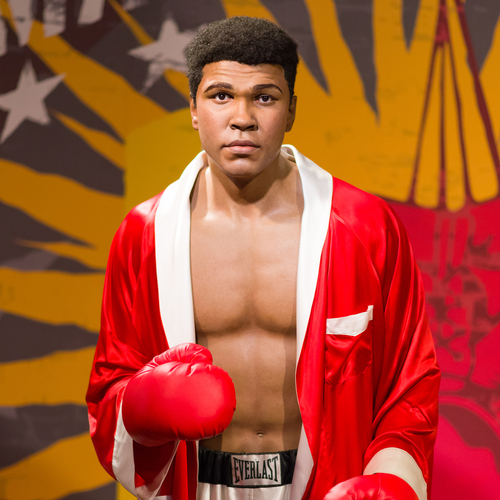 He’s totally not a monster, though, because he really hopes Ali had a deathbed conversion:

I pray that just one of the seeds of the gospel that had been sown into the soil of Ali’s heart by a faithful witness germinated and caused true conversion in his life, and that he called on the name of the Lord even in his dying hours.

After that introduction, Farias shared a ballad he wrote in Ali’s honor. The italics below are his, because I guess the regular readers of Charisma don’t know how rhyming works.

All that can help a sin-sick men like Ali is the Blood of the man that came out of Galilee.

Islam is a big fat lie from the pit of hell.

It is demonic, and deceptive and can never make a man well.

Many mighty men through generations of time,

Would give anything now dead, if out of hell they could climb.

Any other word is the devil’s dope,

Lies you’ve heard that give no hope.

I hope men like Ali discover this, so they won’t descend forever into the awful abyss.

The only good thing about the ballad is that it didn’t come with audio.

Say what you will about the poem’s lyrical complexity, but this is not just a fringe Christian belief. Mainstream Christians are equally on board with this idea that the only way to get to Heaven is through belief in Jesus’ divinity. Your evangelical neighbors believe Muhammad Ali is burning in Hell right now because he didn’t accept their faith. They think he’s getting tortured along with Mahatma Gandhi and Anne Frank.

Just ask them. Watch them squirm as they try to rationalize their reprehensible theology.

June 8, 2016 Bangladeshi Home Minister Thinks He Knows Who's Really Behind the Hacking Deaths of Secularists
Browse Our Archives
What Are Your Thoughts?leave a comment