You expect the California Highway Patrol to help people, not introduce them to Christianity. Not only did uniformed officers pray with local homeless people recently, the exchange was videotaped and posted on the Patrol’s Facebook page: 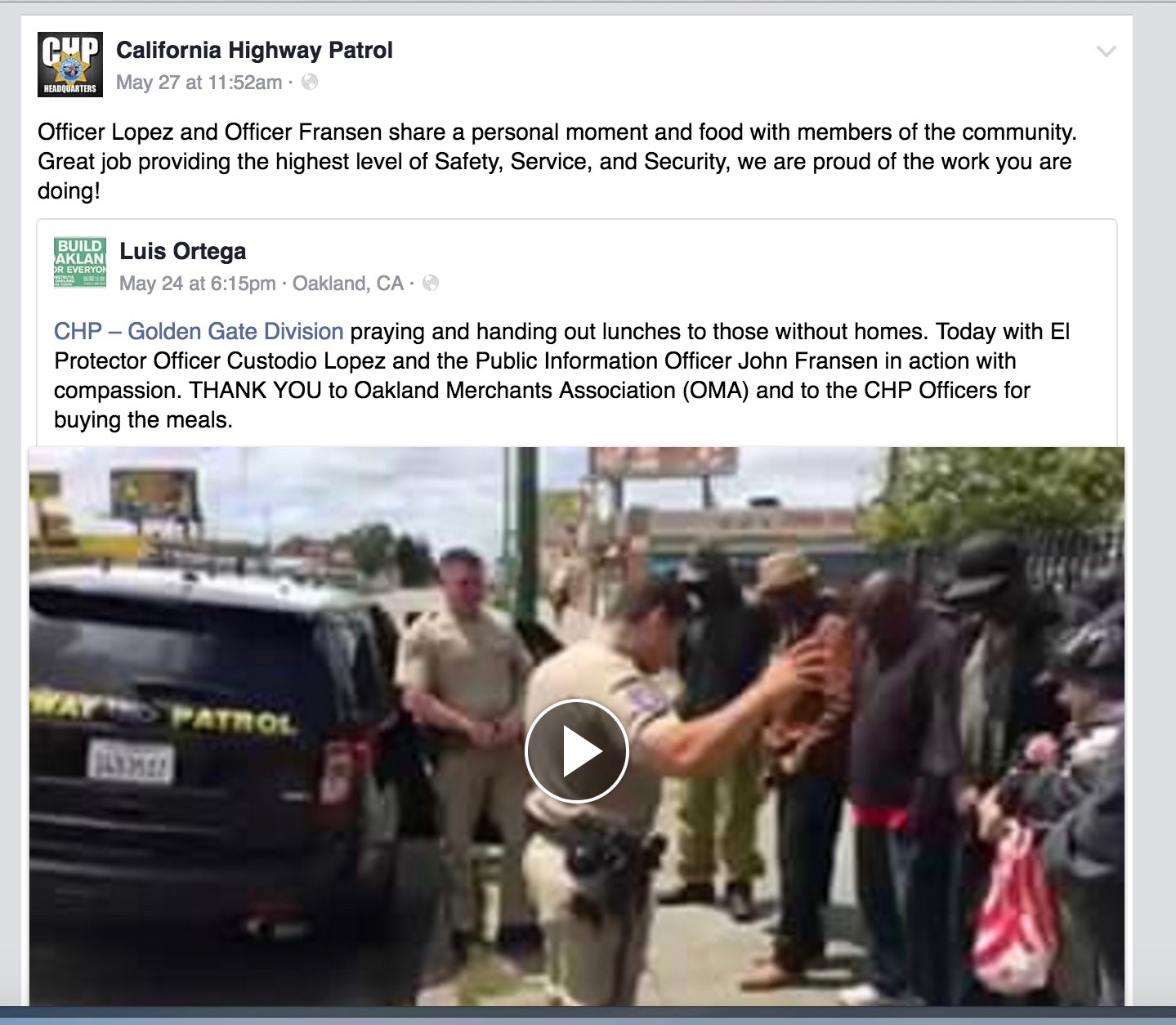 The American Humanist Association’s Appignani Humanist Legal Center just sent the CHP heads a letter warning them about how this is blatantly illegal:

… This type of activity — and the agency’s promotion of it via its social media page — is inappropriate and should be prohibited in the future.

Although all the details of the transaction in question are not clear from the video and the social media postings, it appears that the officers in question may have been involved in some sort of charity work at the time. Few would object to charity, of course, but the officers’ engagement in proselytizing and leading prayer, while in uniform with a CHP vehicle idling nearby, is unconstitutional activity for public officials.

Just to point out the obvious, sending a signal that the CHP promotes Christianity makes you wonder how officers would treat citizens who aren’t religious. If people reject the proselytizing, are they more likely to get a ticket or be fined? Are they not going to receive the help they need?

Police officers shouldn’t be in the business of converting the very people they’re trying to help. Churches may not see a difference between converting and protecting, but it’s very obvious to those of us who reject religion.

***Update***: The AHA received a reply from the Highway Patrol saying they’re looking into this:

“The California Highway Patrol is taking our concerns seriously, and we appreciate their prompt response to this serious constitutional violation,” said Monica Miller, senior counsel at the Appignani Humanist Legal Center. “When the state endorses prayer, it has a coercive effect on citizens, who may feel compelled to participate in the religious activity against their own convictions.”

The American Humanist Association is satisfied with the California Highway Patrol’s response, but it will continue to monitor the situation to ensure that the separation of church and state is upheld.