Christian Pastor: “The Only Atheists in the World Live in America and Europe” June 6, 2016 Terry Firma

Christian Pastor: “The Only Atheists in the World Live in America and Europe”

Pastor Phil Vander Ploeg, who ministers to young people in Spartanburg, South Carolina, is a man who is extraordinarily committed to spreading God’s truth — even if he has to lie through his teeth to do it.

Vander Ploeg’s own website will have you know that

Phil’s passion is teaching the Bible as absolute truth and educating college students and young adults to understand why Christianity is not only something they believe in but is also true and intelligent.

So: truth and intelligence are front and center. In that case, I wonder what we should think of Pastor Vander Ploeg’s amazing assertion that

The only atheists in the world live in America and Europe. Right? Everyone else knows there’s a God, but we’ve developed a worldview in the West that justifies our actions; that’s why we don’t believe in God. 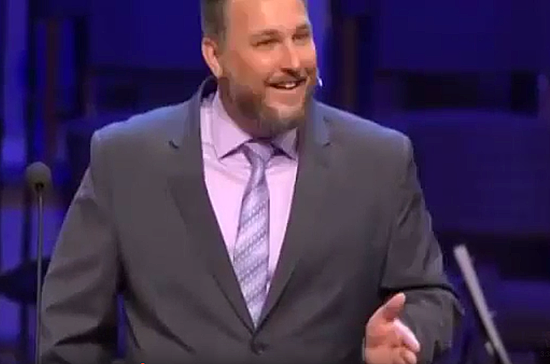 I’ll bet that’s news to, just for starters, Saudi non-believer Raif Badawi (sentenced to 10 years in prison and 1,000 lashes); to Egyptian atheists Karim al-Banna and Alber Saber (three years’ imprisonment each); and of course to the atheist bloggers and academics who are being serially hacked to death in Bangladesh.

To approach this another way, it takes just 15 seconds with Google to discover that 10 to 22 percent of the world’s population of seven billion people does not believe in gods — that’s between 700 million and 1.54 billion non-believers. The United States and Canada account for about 82 million of them, and the countries of the European Union for roughly 102 million.

Conclusion: At least half a billion atheists, agnostics, and “nones” — and maybe as many as 1.36 billion — reside not-in-the-West, most notably in China.

Hey pastor, how do those facts square with your mission to spread “truth and intelligence”?

The odd thing is that Vander Ploeg’s bewildering fib serves no purpose (that I can see) in the narrative that he lays out in the YouTube sermon above. It’s just a throwaway remark about a throwaway group of people. The focus of his talk is all about why God won’t reveal himself more clearly.

Well, while we’re here, let’s look at that, too. Vander Ploeg gets exasperated when people ask him why God can’t just show Himself in Person. When it comes to the Almighty’s existence, the pastor repeatedly throws around the word obvious as if he is talking about 2+2=4 — and as if stating that something is “obviously” true is a valid substitute for proof.

Still, luckily for us, Vander Ploeg shares “three good reasons why God doesn’t reveal himself by walking through the door in the back of the church and saying hello.”

Number one, He doesn’t do that for our protection. In Exodus 33, Moses gets a glimpse of the backside of God. Because God’s glory in his presence is so great, God tells Moses “No man can look at Me and live.” … If God walked in the room today, we would die. Just by being in His presence.

So… the all-powerful Creator of the universe can do literally anything; but the only thing he can’t do is dial down his deadly awesomeness enough so that humans won’t shrivel up like raisins at the glorious sight of Him. All that we may hope for, if we’re holy enough, is to see a glimpse of his behind; and then we get to kiss that for the rest of our existence.

This presumes that by making Himself known and “walking through the door” (or displaying His mighty ass cheeks in the sky — I hear they’re just divine), we will all automatically fall in line to serve Him, squeeing with excitement.

But why would that be so? If God were finally to refrain from His childish games of peek-a-boo and show Himself to us, He could leave our free will completely intact. Should He do that, it’s not a given that we’d all just get on our knees and worship Him. I think a lot of us might have some pointed questions for the Almighty.

Rather than apologize to Him for our godlessness (that is, for using the brain that He gave us), I hope you and I would ask Him if He’s ready to proffer regret. He could start by saying He’s awfully sorry for the Biblical flood that wiped out virtually all people and animals on the planet (if you believe in that sort of thing).

He might then mumble a few words of remorse for sending a couple of vicious bears to maul 42 boys who had done nothing worse than mocking a bald man.

After that smashing start, we’d work our way through all the Heavenly anger that stains almost every chapter of the Bible; and eventually, we’d get to the Big One: God will have to explain the Holocaust, preferably while facing the children and grandchildren of the six million Jews who were exterminated, like vermin, under His watchful eye. 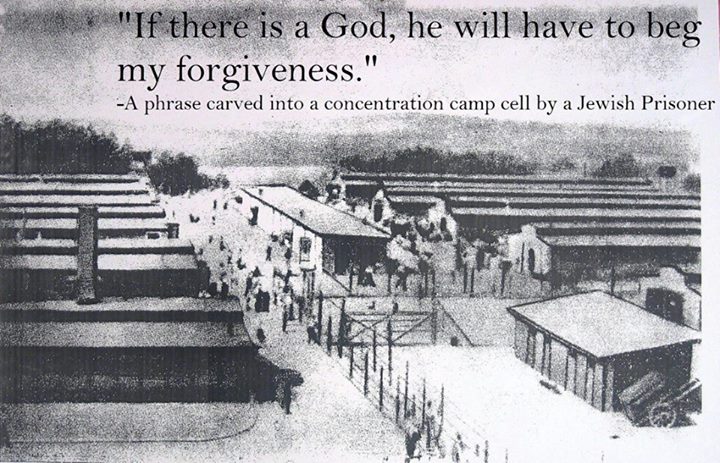 Also, I’d love to talk Epicurus with Him.

Let’s let Vander Ploeg finish. Lastly, he says, God doesn’t show up on purpose so that believers may become “sanctified by faith.”

Raise your hand if you’ve observed this phenomenon — if you’ve seen that Christians, on the whole, behave just like Jesus as they become more religious.

I have a pretty interesting example of how this doesn’t typically seem to be the case, and it’s plucked straight from pastor Vander Ploeg’s own Facebook page. On it, he lobbies hard for Christians to step forward as foster parents. That’s certainly admirable. But in doing so, the pastor lets slip some numbers that maybe don’t reflect so well on his tribe:

Spartanburg County has over 600 churches, 400 children in foster care, and only 120 foster families to care for them.

Six hundred churches for a population of 291,000 — about 75,000 families, give or take, or one church for roughly every 125 families. You’d think that a state and a county so steeped in Christianity would have people falling all over themselves to take care of little ones who need a family, just like the Bible commands in James 1:27, Job 29:12, Psalm 82:3, and so on. In truth, not even 0.7 couple per congregation is sufficiently moved by Jesus’ holy light to take in a foster child.

Remember that next time one of the non-fosterers talks a good game about becoming “just like Jesus,” about the vital importance of family values, and about the inviolable commands of the Good Book.

June 6, 2016
I Laughed About a Dead-Baby Story. Am I Irredeemable?
Next Post

June 6, 2016 Christian Hate Group Leader Slams President Obama for Using the Bible to Justify LGBT Compassion
Browse Our Archives
What Are Your Thoughts?leave a comment