Christian Asylum Seekers Are Being Turned Away in Britain If They Can’t Recite the Ten Commandments June 6, 2016 Hemant Mehta

This story appeared in the Daily Mail, so take it with a huge grain of salt.

Refugees attempting to make their move to Britain a little smoother by claiming to be Christian are allegedly being turned away if they can’t recite the Ten Commandments: 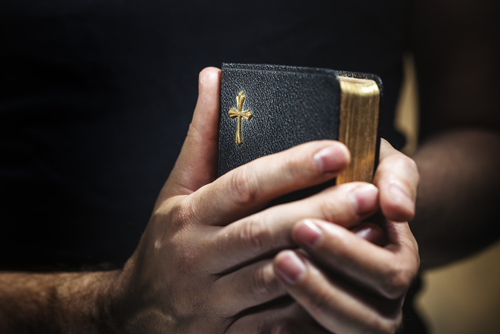 Refugees converting to Christianity from other faiths including Islam are having their applications turned down if the Home Office suspects their conversion was motivated by a desire to claim asylum.

Mohammed, an Iranian asylum seeker currently placed in Yorkshire, is locked in discussions with the Home Office after his claim was rejected following his interview with officials.

Baptised in Greece while making his way to central Europe, Mohammed’s application was turned down because he could not name all the Ten Commandments from memory.

Needless to say, that’s a horrible way to judge whether or not someone is Christian.

By their own religious rules, if you accept the divinity of Jesus, you’re good to go. You don’t need to correctly answer faith-based trivia, even if some of the questions ought to be gimmes.

And I’d bet most U.S. Christians would fail a test that involved reciting the entire Ten Commandments. (When the Pew Research Center did a religious knowledge survey in 2010, only 55% of all respondents knew the Golden Rule wasn’t one of the Commandments.)

It’s also a silly question for the British government to be asking since the act of lying about your faith — the very thing they’re trying to catch — may very well be considered an act of blasphemy by some extremists.

June 6, 2016
Christian Prophet Drives His Car Over Disciples To Prove the Power of God
Next Post

June 7, 2016 A Crash Course in Existentialism
Browse Our Archives
What Are Your Thoughts?leave a comment