A Little League baseball coach from North Carolina pled guilty this week to spanking some of his 8- and 9-year-old players by taking off their pants and underwear before swatting their rear ends multiple times.

33-year-old Jonathan Shawn Russell was sentenced to 60 days in jail. After that, he’ll have 18 months of supervised probation.

What on earth could’ve possessed him to think that was a good idea? 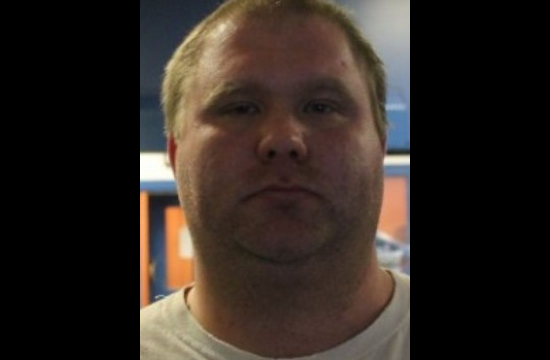 Russell said he spanked his own children in addition to the four victims based on a methodology from the book, “Shepherding a Child’s Heart,” a manual on child rearing.

In one chapter the book says, “If you fail to spank, you don’t take God seriously and don’t love your child enough,” Russell read aloud on the stand.

If his goal was to impart some bizarre form of Christian love, the kids sure as hell didn’t get the message:

A victim’s mother said in court she felt “helpless” when her son told her he had been spanked by Russell for saying “dang it.”

“I had no words for (my son) that would erase the fear and embarrassment that this man made him feel from this humiliating and sadistic manner,” she said. “The acts of this man have left wounds that a Band-aid or doctors can’t heal.”

One victim’s mother said her son came to her crying one night about 11 p.m. and told her what had happened.

“It was a parent’s nightmare,” she said. “(My son) told me he had been assaulted by his coach and that’s why he didn’t want to play baseball anymore … He loved baseball.”

The woman said her son is still deeply affected.

“He doesn’t allow people to hug him,” she said. “In the weeks leading up to this trial, he started sleeping out on the recliner because he was afraid Coach Russell will come and hurt him again.”

A victim’s mother said Russell “used his Christianity in a sick and twisted way.”

“I detest you and what you did to my son … That is just sick that you humiliated my child,” she said.

Don’t worry, though. People from his church were quick to defend him:

“John is a man of integrity and honor,” said Phillip Smith, a pastor and friend of Russell’s. “I love him not only as a brother in Christ but as my own brother.”

Even child abuse can be forgiven, I guess, when someone says he loves the same God you do.

Oh. And in case all of this hasn’t been creepy enough for you, listen to this:

On another occasion with a different victim, Russell told a victim there was “no need to tell his parents because it only mattered to (Russell),” Newman said.

While he’ll serve jail time for what he did to these players, keep in mind he does the same thing to his own children, and there’s no punishment for that.

June 3, 2016
Why Donald Trump is Scarier Than You Think: Liberal Redneck Edition
Next Post

June 3, 2016 The Dalai Lama Shocks Some Followers By Saying Germans Shouldn't Invite Tide of Immigrants
Browse Our Archives
What Are Your Thoughts?leave a comment