Christian author Eric Metaxas has a habit of saying indefensible nonsense in print, then name-calling those who disagree with him.

In 2014, he wrote a book about “miracles” — which included things like the fine-tuning argument and the improbability of life, which have been countered and rebutted many times over — and then said of his critics that they exhibited a “real intolerance and a lack of open-mindedness.” 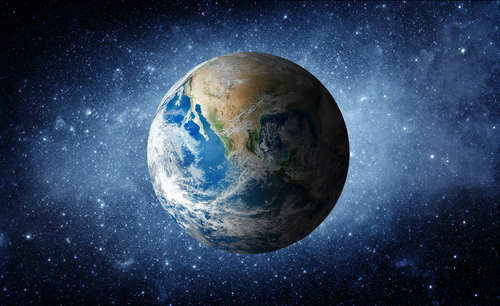 As if an inability to accept bullshit is a bug and not a feature of skepticism.

His latest essay in the Wall Street Journal is in defense of Larry Alex Taunton, the opportunist who wrote a book suggesting the late Christopher Hitchens had doubts about his atheism.

How do you defend an argument that Hitch’s closest friends and colleagues — in addition to the man himself when he was still alive — have repeatedly said is complete bunk?

If you’re Metaxas, you just accuse the critics of being closed-minded and intolerant. (See the pattern here?)

Do [critics] fear that Mr. Taunton is some Bible-believing Svengali whose nefarious power over their ailing colleague was sheerest opportunism? And are they afraid that actually engaging with Mr. Taunton and his ideas would put them in the same danger as the man they so admired?

The idea that Hitchens was curious about faith and engaged with it intellectually apparently would amount to an intolerable betrayal in the minds of some atheists, so they simply pretend that it never happened, despite the clear evidence to the contrary.

After all, wasn’t Hitchens’s friendship with Mr. Taunton itself evidence that Hitchens actually valued Mr. Taunton and his views?

No. A thousand times no. Just because you’re nice to someone doesn’t mean you respect their ideas. Hitchens was a frequent debater and he would eviscerate his opponents on stage. That didn’t stop him from treating them with kindness.

I have the same relationship with some of the Christians I frequently trash on this site. I think Ray Comfort‘s beliefs are completely untrue and in many cases harmful. I also know he’s sincere and working to promote his views in any way he can — just like I am. For that reason, I’ll shake his hand at the Reason Rally without hesitation — but it’d be foolish to mistake that as an endorsement of anything he believes.

The fact that Hitchens would have conversations about faith with some of the Christians he debated over the years does not at all suggest he personally agreed with them. It just means he wasn’t a dick.

Metaxas goes on to say that Hitchens must have “taken the fine-tuned-universe argument seriously” because of something he said in the 2009 documentary film Collision (about Hitchens and his debates with apologist Douglas Wilson):

… Hitchens says: “At some point, certainly, we [atheists] are all asked which is the best argument you come up against from the other side. I think every one of us picks the fine-tuning one as the most intriguing,” adding that “you have to spend time thinking about it, working on it. It’s not… trivial.”

Look: Richard Dawkins has said the toughest obstacle to understanding evolution is the “illusion of design” we see in the human eye or bacterial flagellum. That doesn’t mean he’s saying it’s an obstacle that can’t be overcome — only that it requires a longer, more careful explanation. He would know; he’s made a career out of writing books explaining that process.

Hitchens was doing the same thing when he said the fine-tuning argument gave him pause.

That didn’t mean he lost sleep over it, or felt it was an argument in favor of God’s existence, only that it needed a good, thorough response — more than he’d give many of the other apologists’ arguments that he was used to tackling.

And you know what? He did just that, and there’s video to prove it:

Why are there so many shooting stars, collapsed suns, failed galaxies we can see? We can see with the aid of a telescope, some we can see with the naked eye the utter failure, the total destruction of gigantic unimaginable sweeps of outer space. Is this fine tuning, or is it extremely random, capricious, cruel, mysterious, and incompetent? And, have you thought of the nothingness that’s coming?

All the other planets are too hot or too cold to support any life at all, and the sun is due to swell up, burn us to a crisp, boil our oceans, and die, as we’ve seen all the other suns do in the night sky. This is not fine-tuning, ladies and gentlemen. And if it’s the work of a Designer, then there’s an indictment to which that Designer may have to be subjected.

Does that sound like a man wrestling with the notion of a fine-tuned universe?

That debate took place in 2009 — presumably after his exchange with Douglas Wilson was filmed.

Somehow, Metaxas missed all of that because he was too busy writing this:

If atheist activists want to be taken seriously, they must be willing to engage the facts.

We engage the facts all the time.

Metaxas, on the other hand, has repeatedly shown himself to be oblivious to them. He’ll gladly spread a lie if it supports his Godly narrative.

June 3, 2016 Please Stop Assuming That People With a Lot of Children Must Be Religious
Browse Our Archives
What Are Your Thoughts?leave a comment