A Reminder of What the Numbers Say About Atheists in the U.S. June 3, 2016 Hemant Mehta

A Reminder of What the Numbers Say About Atheists in the U.S.

As we gear up for this weekend’s Reason Rally in Washington, D.C., the Pew Research Center does a nice job of running down some basic numbers regarding atheists in the U.S.

If nothing else, it’s a sobering reminder that, despite all the talk about the rise of the Nones, the percentage of people who use the “atheist” label is still relatively small: 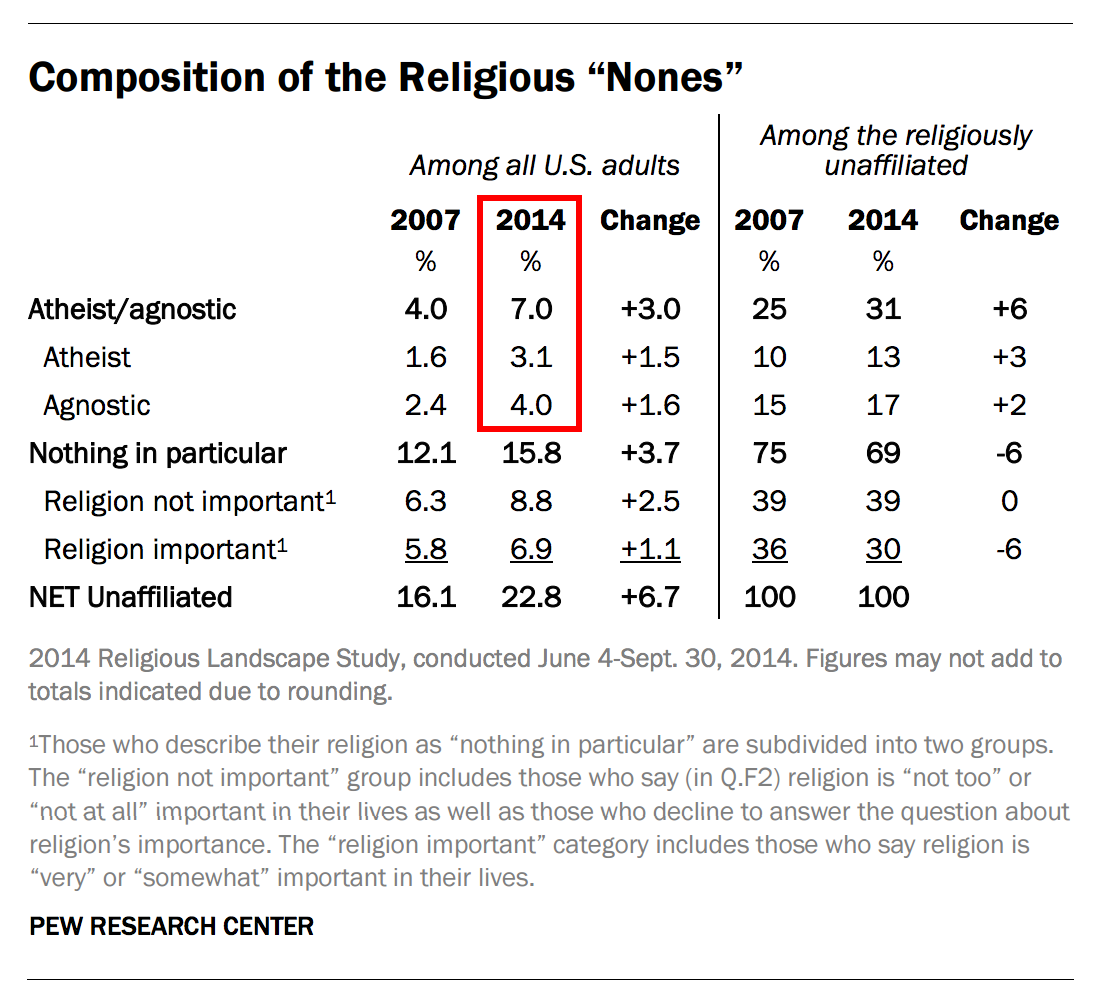 Take these numbers with a grain of salt. After all, 8% of self-described atheists believe in a God. (For shame…)

Still, it’s good to know what the numbers say and what the trends are showing.

June 2, 2016
Christopher Hitchens Was No Atheist Apostate
Next Post