A day after a Friendly Atheist post about faith-based, gender-segregated public-pool hours drew an unusually high number of comments, the New York Times weighed in with a muscular editorial condemning the practice (not that I’m claiming a causal effect). 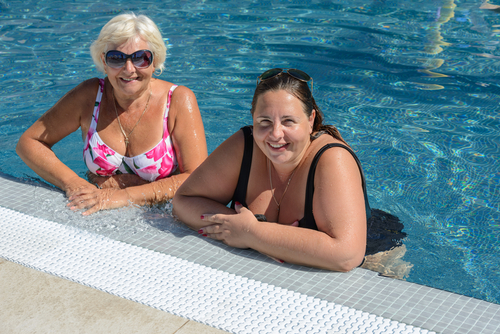 At issue is the pool in Brooklyn I mentioned in my post. The Times frames the problem with admirable bluntness:

Four times a week this summer — Mondays, Wednesdays and Fridays from 9:15 to 11 a.m., and Sunday afternoons from 2:45 to 4:45 — a public swimming pool on Bedford Avenue in Brooklyn will be temporarily unmoored from the laws of New York City and the Constitution, and [from] commonly held principles of fairness and equal access.

The pool will instead answer to the religious convictions of one neighborhood group. At those hours, women (and girls, too, on Sundays) will have the pool to themselves. Men and boys will not be permitted. Orthodox Jewish beliefs demand modesty in dress, and a strict separation of the sexes, and those are the beliefs to which the taxpayer-owned-and-operated Metropolitan Recreation Center will yield.

Apparently, that segregated-swimming policy was in place for close to twenty years. But tradition and legality aren’t the same thing; and when an anonymous complainant went to New York City’s Commission on Human Rights, the special accommodation for Jews soon got nixed. Predictably, that upset much of Brooklyn’s Jewry, including local assemblyman Dov Hikind. Hikind got the decision reversed, so the women-only hours are back on the schedule.

The Times calls that “unfortunate.”

The city’s human rights law is quite clear that public accommodations like a swimming pool cannot exclude people based on sex. It allows for exemptions “based on bona fide considerations of public policy,” but this case — with its strong odor of religious intrusion into a secular space — does not seem bona fide at all.

Indeed, what Mr. Hikind, in a statement, called a “victory for human rights” is in fact a capitulation to a theocratic view of government services. Mr. Hikind wrote: “The community can rest much easier this Shabbos knowing that men and women can continue to swim separately.” It’s pretty clear what “community” Mr. Hikind means, and it is not the diverse neighborhood he was elected to represent, nor one that includes everybody who lives there. …

There is no just way to tell a sweaty Brooklynite on a Sunday afternoon that he should be ejected onto Bedford Avenue because one religious group doesn’t want him in the pool.

And the plea for secular principles concludes:

My thoughts exactly. And I have to say, that’s a gutsy stance coming from a Jewish-owned newspaper that, in this matter, could lose a lot of goodwill from one of its core constituencies.

The editorial mentions that the Commission on Human Rights and the city’s Parks Departments are currently attempting to find a solution that is legal, and acceptable to all. I’ve never looked favorably upon religious accommodationism, and would prefer a pool policy under which all swimmers are welcome at all times. If exceptions must be made, however, perhaps the San Diego model is worthy of consideration. In that city, Muslim women and girls who say they will not swim with men due to religious restrictions are welcome to use a local pool after hours, one day a week.

It’s not a perfect solution, because male patrons might reasonably ask why the extended hours exclude them. But in the spirit of compromise, the parties in Brooklyn could weigh doing something similar, and hope for everyone’s understanding.

I’d like to assume that in another 50 years or so, religion, and social mores regarding the female form, will have advanced to a point where all of these fairly absurd demands have faded away for good.

June 2, 2016 Tennessee Doctor Says His Clinic Won't Administer Vaccines Anymore Because "They Can Cause Autism"
Browse Our Archives
What Are Your Thoughts?leave a comment