Earlier this year, after watching a local hockey game (and getting wasted thanks to dollar beer night), 23-year-old Jake Strotman got in a shouting match with Baptist preachers who were proselytizing outside U.S. Bank Arena in Cincinnati, Ohio.

“They were telling me I was going to hell,” Strotman said Thursday. “I was asking them: ‘Why do you think you can condemn people?’ I didn’t understand why they thought they could judge me.”

The right thing to do here would have been to walk away and ignore them.

Instead, Strotman ended up in a physical altercation with the preachers to the point where he was charged with “low-level assault.” He faced a sentence of up to 90 days in jail.

But Judge William Mallory (below) gave Strotman, a Catholic, a different punishment altogether — based on Strotman’s own suggestion. 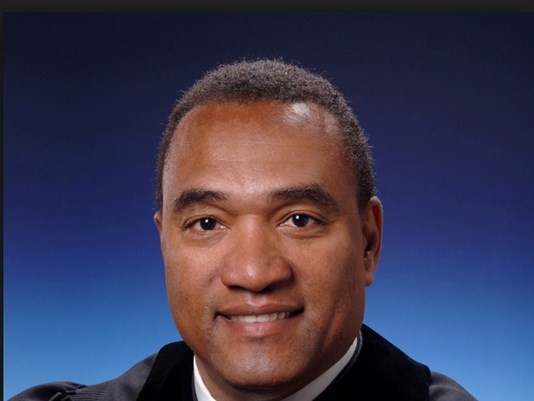 Strotman would be sentenced to attend 12 consecutive Sunday services at Morning Star Baptist Church. He was ordered to attend each entire 90-minute service. He must get the weekly program signed by the minister.

Is that a “creative” punishment or a violation of the Constitution?

Simon Brown of Americans United for Separation of Church and State says it’s the latter:

Strotman may be happy with his sentence, but that doesn’t mean it is right. While judges can have great leeway in sentencing for some matters, they cannot ignore secular law in favor of religious justice.

Regardless of his stated satisfaction, Strotman’s rights were violated here. Mallory may like creative sentencing from time to time, but if his idea of creative includes forcing religion on vulnerable people accused of crimes, then he is overstepping his bounds as a judge. He needs to enforce secular law with secular punishment because that is what the Constitution requires.

To put it another way, the punishment isn’t about getting a better understanding of the Baptist perspective (which you may not get through street preachers). It’s about listening to someone preach religion for 18 hours over 12 weeks.

If Strotman had assaulted an Muslim in a similar situation, would the religious judge have forced him to visit a mosque? If an atheist was in Strotman’s situation, would listening to a Christian preacher be the only alternative to going to jail?

Surely there’s a middle ground for a judge who doesn’t want to put someone behind bars that doesn’t also involve proselytizing in another form. Why wasn’t community service considered in this case? And why would the judge assume Strotman will learn anything from this punishment? No one’s forcing him to listen during church; he just has to show up.

Adding to the concern is something else Judge Mallory said in the courtroom to one of the Baptists who was in the fight with Strotman:

“I admire the fact that you want to spread the word of God because I’m a religious man, too,” Mallory said. “Also the thing about religion, I think it is kind of personal and for me I don’t try to impose my religious views on other people except for sometimes in this room.”

A courtroom isn’t a place for judges to advance their religious views.

You would think Mallory, of all people, would understand that. Instead, he’s happy to promote religion in the name of “creativity” — and, apparently, whenever the hell else he feels like it. It sets an awful precedent and it may very well be illegal.

June 2, 2016 The Catholic League's Bill Donohue is Angry That "Good for Nothing" Atheists Are Gathering in D.C.
Browse Our Archives
What Are Your Thoughts?leave a comment