What better way to welcome a new life into the family than to shoot the obstetrician who oversaw the delivery?

Saudi authorities have arrested a man for shooting a male doctor who had helped his wife’s delivery, after arguing that a female doctor should have overseen the birth. 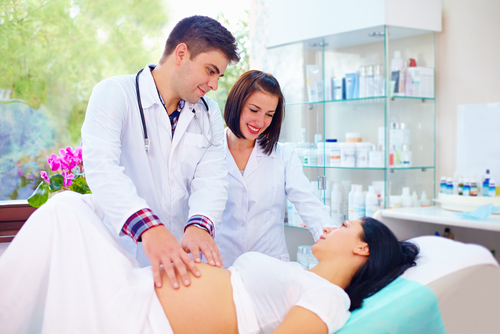 The doctor probably asked the man’s wife to spread her legs. That’s a bullet, obviously.

The father offered his thanks to [Doctor Muhannad Al Zabn] and asked to meet him at the hospital to show him his appreciation in person for the delivery. The pair proceeded to meet in the hospital garden to talk about the delivery when the father unveiled a firearm and shot at the doctor, seriously wounding him. The father ran from the scene but Saudi police later arrested him. Health workers transferred Al Zabn to the hospital’s intensive care unit but he is now in a stable condition.

Social-media users all over the kingdom and beyond were quick to offer their take,

… with most supporting the doctor but some questioning why the father was put in such a position.

Gender segregation, you won’t be surprised to learn, is a component of Sharia Law, which is enforced throughout the nation.

June 1, 2016 Bible-Loving Dad Is Accused of Shackling Teen Daughter in Basement, With a Bucket For a Toilet
Browse Our Archives
What Are Your Thoughts?leave a comment