Rush Limbaugh: Evolution is False Because That Cincinnati Zoo Gorilla Never Turned Into a Human

Rush Limbaugh, whose science degree I assume is lost in the mail somewhere, announced on his show yesterday that evolution must be false because Harambe, the gorilla who was killed at the Cincinnati Zoo over the weekend, never turned into a human. 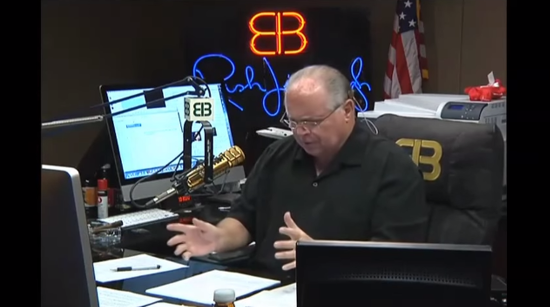 That sort of Ken Ham logic can be debunked by a grade-schooler: Apes didn’t “become” humans. We evolved from a common ancestor. (Similarly, Protestants “evolved” from Catholics, but there are still Catholics.)

Limbaugh would know that if he ever did any research, but that’s beneath him. Why read a book when your ass has all the answers you’ll ever need?

June 1, 2016
There's An Emoji Bible for People Who Think "God Did Magic" Is Too Intellectually Stimulating
Next Post