Ken Starr, After Demotion, Abandons Reins at Baylor U. in the Wake of Campus Rape Scandal June 1, 2016 Terry Firma

Ken Starr, After Demotion, Abandons Reins at Baylor U. in the Wake of Campus Rape Scandal

A week ago we learned of rumors that Ken Starr, then the president of Baylor University, the biggest Baptist school in the world, was going to lose his job over campus rapes that he had looked into with little enthusiasm, in an effort to protect Baylor’s popular football program. Two days later, Baylor’s board of regents announced that Starr would merely be demoted, from president to chancellor. 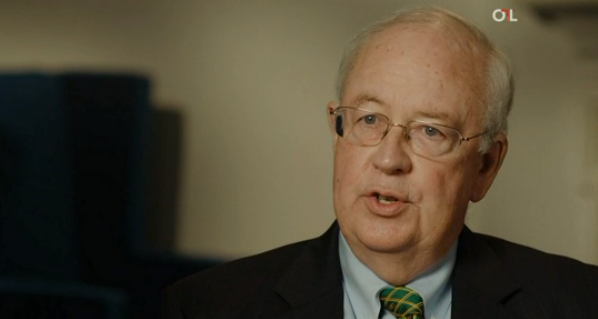 Kenneth Starr is resigning as chancellor at Baylor in the wake of a huge shakeup at the university, but he will continue to teach in the law school. …

Starr said in an interview … that he was resigning effective immediately “as a matter of conscience.” … On Wednesday, Starr called for transparency at Baylor. He said that “as each day goes by that need becomes more and more pressing. We need to put this horrible experience behind us. We need to be honest.”

Better late than never, I suppose.

Starr, 69, added that he “didn’t know what was happening” regarding allegations of Baylor’s mishandling of sexual assault allegations, but he “willingly accepted responsibility.” “The captain goes down with the ship,” he said. …

The school may soon find itself the subject of a federal investigation:

[T]he U.S. Department of Education has received a Title IX complaint about Baylor’s handling of sexual assault and violence allegations by students, including athletes. Holly Snyder, a 2001 Baylor graduate who lives near Kansas City, Missouri, said she filed a complaint late Tuesday. She wrote in her complaint that she felt compelled to come forward, “on behalf of all women to make [sure] that Baylor is investigated to the full extent regarding actions it took to create a climate that covered up sexual violence on campus for years.”

Starr had become a sitting duck over the past week. Critics pointed out that he’d been much more aggressive in going after President Bill Clinton‘s consensual relationship with then-25-year-old Monica Lewinsky than he had in pursuing justice for multiple Baylor rape victims who’d been assaulted during his tenure.