Parishioners Sic a Private Eye On Their Priest To Dig For Evidence of Gayness and Corruption May 30, 2016 Terry Firma

[UPDATE: Corces has been fired.]

The Miami parish and Catholic school of St. Rose of Lima appears to be falling apart, due to explosive allegations against its priest, Father Pedro Corces.

A group of parents calling themselves Christifidelis, fed up with what they see as improper and possible criminal behavior by Corces, decided to hire a private investigator to spy on him. The PI followed and photographed the priest from a distance, tracked Corces and his protegés on social media, and even dug through the rectory’s trash. The resulting report is an interesting read. 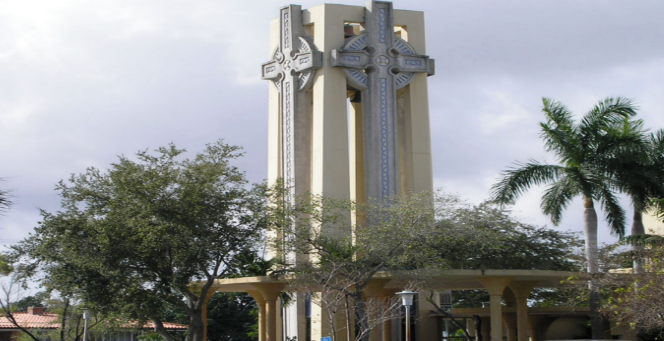 It accuses Corces of improper relationships with a maintenance worker he hired and three other individuals associated with the parish, including a deacon. …

The report, along with dozens of pictures, copies of receipts, and 28 appendices, claims that Corces replaced the maintenance staff with workers who included “a felon and prostitute, Santeria practitioners, promiscuous gay practitioners and people who openly mock the Catholic faith.”

It claimed that Corces became romantically involved with a maintenance worker and that the two men shared “frequent, lavish trips and dinners.”

Christifidelis’ lawyer, Rosa Armesto, says that her clients are also

… concerned with alleged financial improprieties under Corces’ watch, including “excessive overtime” being paid to these parish maintenance workers and discrepancies with Sunday Mass collection. A separate group of parishioners, she said, had met with the archdiocese’s vicar general to voice concerns months ago but nothing had come of it.

If the diocese was attempting to sweep the unpleasantness under the rug, that effort may be continuing. In a May 26 letter that Archbishop Thomas Wenski sent to Christifidelis members, he chastised them for their attempts to oust Corces.

“This unfortunate chain of events has fractured the spirit and unity at this long established parish and school,” [he] wrote. … The Wenski letter blames the fracturing of the parish on a small group. “Slanderous gossip, calumny, detraction — all sinful behaviors — have fomented division in the parish and school communities,” he wrote.

Armesto says of that response,

“It’s such a shameful letter. The archbishop is not upset at what the priest has done but that it has been uncovered. The church isn’t upset by the sins of their priests but by the fact that the faithful have had the audacity, the temerity, to bring this up.”

That sounds like it’s part of the standard Catholic-Church playbook, but in fairness, it’s currently impossible to know who’s right and who’s wrong. Siccing a private detective on someone is a pretty good indication that things have already deteriorated past the point of conciliation. Maybe God will sort them all out.

P.S.: Whether or not this is the same Christifidelis organization, I can’t say, but around 2005, a group by that name went after Miami’s Archbishop Emeritus John Favalora. The Christifidelis report about Favalora said that he, in the words of Gawker,

… ran his organization like the don of a lavender mob, rewarding his favorite homosexual sons and forgiving their many indiscretions — rampant sex, hedonism, embezzlement, alcoholism, and the railroading of chaste priests among them — while punishing those with the temerity to complain.

Not long after the report came out, Favalora was replaced by… Thomas Wenski. Small world.

May 30, 2016
On Memorial Day, Remember That There Are Indeed Atheists in Foxholes
Next Post

May 30, 2016 A Student's Christian Prayer at Graduation Last Year Means No Formal Prayer For Anyone This Year
Browse Our Archives
What Are Your Thoughts?leave a comment