In Defense of Hate Preachers (Yes, Seriously) May 29, 2016 Terry Firma

I love this blog, and that includes the often smart and funny commenters who enliven it.

But I haven’t quite forgotten the chilling (and thankfully rare) occasions when the comments leaned in the direction of condoning violence, or even cheering it on. 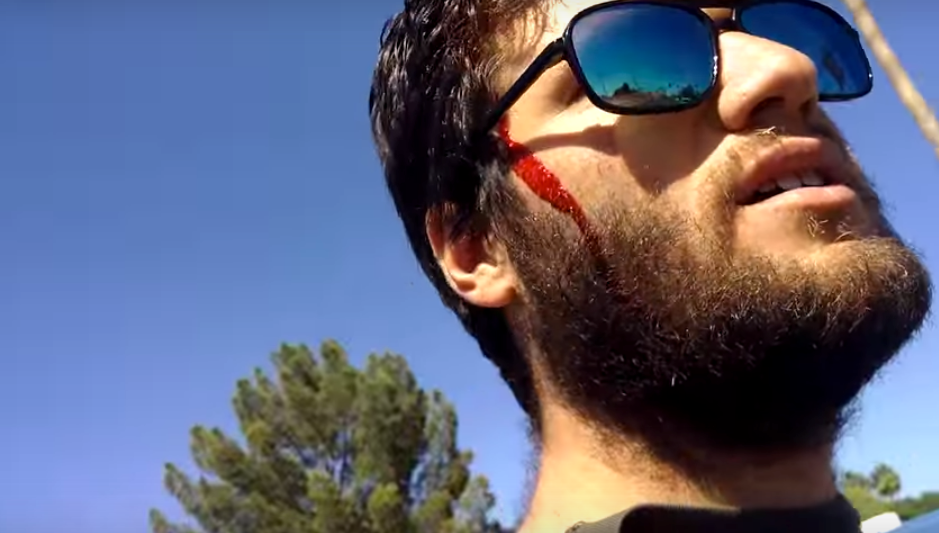 Such was the case when a peaceful anti-gay Christian protester got hit by a soft drink that an outraged passerby threw at her. Way too many commenters chose not to call that attack by its proper name — battery — but expressed understanding and support for the cup-flinging counter-protester.

That same scenario played itself out in the comments section under a post about the much more serious attacks by feminists and atheists in Argentina, who sprayed paint on Catholic men who hadn’t even done anything I’m aware of. The women also spat on them, and doodled upside-down crosses on their faces. While many chimed in to condemn those actions, there was a steady stream of comments from readers who would no doubt have been outraged if Christians had done this to them, but who couldn’t bring themselves to denounce the attackers. They saw the caught-on-video violence as payback for centuries of misogyny, and they shrugged off the disgraceful behavior of the perpetrators as being somewhere between understandable and fully justified.

Now for the trifecta: What about hitting a hateful street preacher over the head with a baseball bat? Can anyone here get on board with that? I’m actually a little afraid to find out the answer. (Hemant just wrote about this topic, too; as I’m penning my perspective, his post hasn’t been published yet, and so no comments have come in.)

Glendale, Arizona preacher Brother Dean Saxton makes it a habit to stand outside local high schools and loudly condemn students and members of the LGBT community. ABC15 reports he often also holds a sign that reads, “You deserve to be raped.”

But when he embarked on one of his unsolicited missions this month at Apollo High School, Tabitha Brubaker, 19, responded to what she called hate speech by striking him over the head with a baseball bat, according to authorities. She has been charged with felony assault.

We can all agree that Saxton is making an utter ass of himself. Using a megaphone, he yells that “it’s not OK to be gay.” He announces that LGBT students are going to hell. I’m not sure if during this protest, he’s carrying the infamous “You deserve to be raped” sign. If he was, that‘s admittedly awful, too.

So what’s the apt and legal response to hate-spewing bigots? Talk back to them. Confronting them with words — in person, online, with pamphlets, in editorials, in counter-protests — is always OK.

Laughing at them is good too.

Attacking them with a baseball bat? That’s crazy. And criminal.

It’s wrong for all sorts of reasons — morally, legally, and strategically. Off the top of my head:

1. The response (violence) isn’t proportional to the offense (unpleasant language).

2. This could have been manslaughter. If you hit someone hard enough with a bat to make him bleed from the head, you could also have killed him. Taking a man’s life over some ugly words? The mind reels.

3. Saxton was within his legal rights. Brubaker wasn’t.

4. Those who wish to reap the benefits of free speech must shoulder the burden of supporting it across the board. It’s hypocritical to claim the right to free expression for yourself, but to react by using a weapon if an ideological opponent does the same.

5. If you use violence against a foe, you lose the moral high ground. We are right on the issue of LGBT equality. Shit-talkers like Saxton will end up on the trash heap of history. Physically beat him, and you delay that journey.

6. You also play into his hand. Saxton would have no grounds for crying about Christian persecution if all people did was ignore him or, at worst, rebut him. Beating him with anything other than words only gives more oxygen to his narrative.

7. It reflects badly on us all. It shouldn’t, because you and I didn’t do anything violent. But the court of public opinion often doesn’t make fine distinctions, and fence-sitters on the LGBT issue are not going to want to join our side if they get the impression that it’s populated with bat-swinging crazies and those who applaud / condone them.

8. Violence often begets violence. Hitting one of “them” raises their level of animosity, fear, and disgust, and makes it more likely that one of us will get clobbered (or shot) next.

I know the counterarguments, I think, and they have some merit. LGBT teens are often embattled and bullied. Their suicide rates are high because of cruel bigots like Saxton. He and his ilk are being willfully provocative.

But none of that changes the equation, or the bottom line. Don’t commit or excuse violence against these people. We can’t beat and maim our way through their hatred — and if we try, we’ll end up more like them and less like us.

May 29, 2016
Christian Preacher, Known for Saying Women "Deserve Rape," Assaulted by Woman with a Baseball Bat
Next Post