What I am not used to is people who have a relationship with a transgender person — nay, people who have a deceased transgender parent — refusing to change their views or even open their minds the slightest bit to life experiences different from their own. But that’s what I came across in this piece by Denise Shick for the conservative Daily Signal. 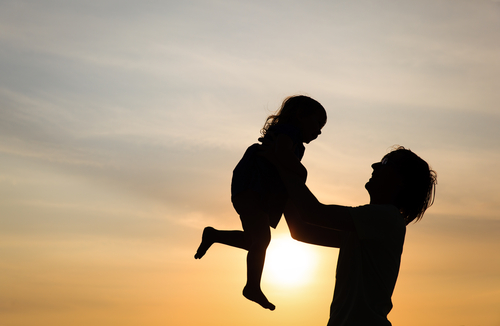 It’s titled “My Dad Was Transgender. Why I Still Think Gender Can’t Be Changed.” And it’s the most cringeworthy thing you’ll read all day.

Denise is horrified by the prospect of transgender people sharing public restrooms with cisgender people — something they’ve already been doing for decades, though she just didn’t realize it — and she bemoans a world in which truth is no longer “objective.”

But the very hard reality in this topsy-turvy world is that transgender people are hundreds of times more likely to attempt suicide than the general U.S. population.

And what does our enlightened culture do about this very sad statistic?

Well, we make it easier for people to transition to this sad and depressing lifestyle. Helping them struggle down the hard road of facing reality is just too judgmental; it’s better to let them move into a make-believe life in which they face a 4-in-10 chance of attempting suicide.

The statistic is true: Transgender people face much higher suicide rates than cisgender people. But her logic is all wrong: Supporting trans people’s transitions vastly improves their mental health (in young people, at the very least).

Denise also seems to fundamentally misunderstand what it means to be transgender. A trans person is a trans person, whether or not they go through steps to transition. Someone who knows themselves to be trans is already at a higher risk of suicide, whether or not they are transitioning (and transitioning means something different to everyone). Therefore, “letting [trans people] move into a make-believe life” is not what’s hurting trans people; it’s rejecting and stigmatizing the identity they know to be true.

Oh, and by the way, “morality” has nothing to do with how we separate bathrooms.

The worst part, though, is that she makes all these claims in the context of the life of her late parent, a transgender woman:

My father gave in to his make-believe transgender impulses and became Becky. He’d spent most of his life dreaming of making that transition. When he finally left his family and got what he’d long desired, he still wasn’t fulfilled.

He considered suicide, but, thankfully, resisted. But later, pumped full of unnatural hormones and chemicals and adorned in women’s clothing, he died a sad, confused, forgetful, and regretful old man.

I missed Harold, the one who, during his periods of resisting his impulses, treated me as a father should treat his daughter.

I miss him dancing with my little feet placed on top of his, his big hands reaching down to clasp my little five-year-old hands. I miss those days of his sexual sobriety when we worked together at his father’s seed company and went to lunch together. I miss all those times when he accepted the reality that he was Harold, a man — a husband, father, and grandfather.

I don’t miss Becky, or those transition times when my father gave in to his transgender impulses. I don’t miss him telling me, when I was just nine years old, of his desire to become a woman and then requiring me to keep that confession a secret. I don’t miss the fanciful alternate world he transported into, leaving my mother emotionally distraught and financially destitute.

I don’t know Denise or her family. I’m in no place to make a judgment call about anybody’s well-being. But if a person transitions, it’s generally because they know they’ll be happier as the gender they know to be true than as the one they were assigned at birth. Denise even says her parent had spent “most of [her] life” dreaming about transitioning. So when Denise says that she misses Harold but not Becky, she’s nostalgic for the time in her life when her parent was deeply unhappy.

Here’s how she closes this disaster of an essay:

I’d like to believe that world in which truth is objective, and children’s modesty and safety is more important than being politically correct still exists and somehow I might find the portal to return to it. Back to that world where adults looked out for children’s best interests, even if doing so meant saying no and then dealing with rather than succumbing to the resultant temper tantrum.

I’d like to think that, in that parallel universe I inadvertently ambled out of, women and children’s safety is still more important than appeasing a tiny-but-very-vocal minority.

But it appears I’m no longer in that universe. I’m in one where choices — no matter how illogical — trump obvious facts.

I find myself in a world in which stating a very plain and evident biological fact is now considered a form of hate speech.

I’m now in a world that tells me I must not only tolerate but also celebrate behaviors that in just a relative eye’s blink before were condemned as detrimental to society.

Gender has never been as black and white as Denise says; transgender people exist, intersex people exist, and LGB people already share bathrooms with straight people with no fuss. Inclusive bathroom laws do protect people, and those who oppose them are the dangerous ones; meet this dad, who was beaten up for bringing his 5-year-old daughter into the men’s room with him. And transgender people are more at risk of violence in bathrooms than anyone else.

And let’s not forget that those who pose the greatest threats to people’s well-being in public restrooms are — drumroll, please — Republican lawmakers.

I am sad for Denise Shick’s late parent. I am sad she faced such hostility from her own child, sad that she couldn’t live her life on her own terms, and especially sad that her child is slandering her experiences even after her death. Perhaps if people like Denise kept their bigotry to themselves, other transgender people wouldn’t have as difficult a time as her parent did.

May 29, 2016
Ray Comfort: Those Subway Gift Cards I Had Earmarked for Atheists Will Go To the Homeless Instead
Next Post

May 29, 2016 Why Don't Christians Believe in Christianity?
Browse Our Archives
What Are Your Thoughts?leave a comment