Ray Comfort’s Plan to Evangelize to Atheists at the Reason Rally Has Been Thwarted May 28, 2016 Hemant Mehta

I know all of you were very excited to see Ray Comfort at the upcoming Reason Rally. He announced last month that he would be training hundreds of Christians to preach at (and hopefully convert) atheists, adding that he would give away 5,000 copies of his new book and $25,000 worth of Subway gift cards. 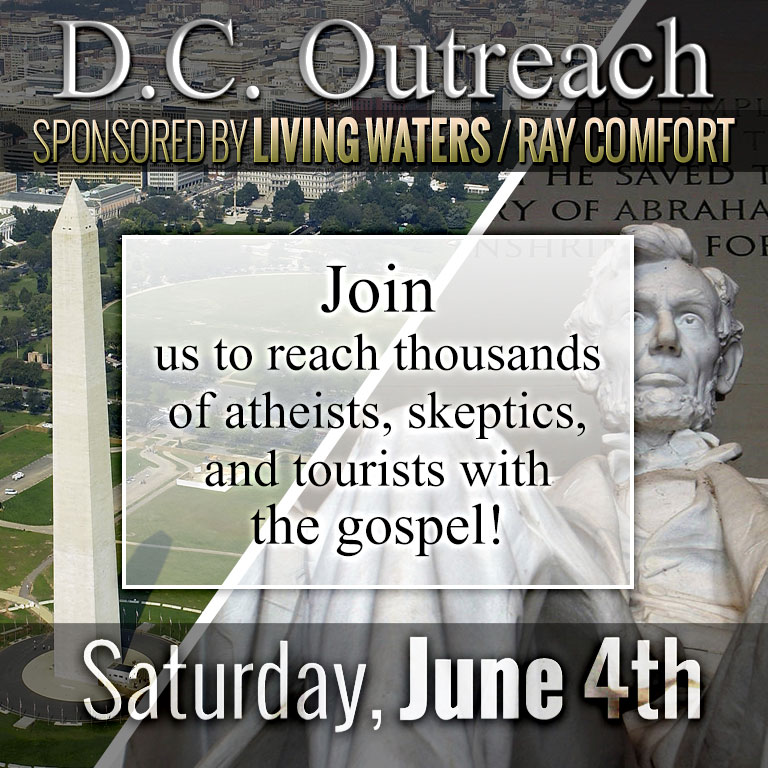 Sad news: It won’t be happening anymore. At least not with the 1,000+ Christians who had already registered for the event.

“To the D.C. police,” Comfort reported, “that constituted a protest and therefore we needed a permit to gather. We would have to stay at the other end of the National Mall, and they said that if we persisted to approach atheists to speak with them we would be arrested.”

The best-selling author then decided to cancel the outreach event, though they would still be filming at the Washington Monument. He added, “Our crew is only 17 people, so we don’t need a permit if we go there as individuals. The Reason Rally is free and open to the public, so if any other groups of individuals show up on their own initiative they won’t need a permit either or be arrested if they approach atheists.”

The idea here is that atheists have the space reserved. So if Christians want to oppose the event as an organized group, the police can require them to follow certain rules.

Comfort says that wouldn’t have been necessary:

Comfort added that he can see the perspective of the police. “To authorities, Christians and atheists are enemies. So they want to keep us apart for the sake of peace, especially with more serious threats facing America. That’s understandable. But at the same time I’m a little frustrated because I have a very good relationship with atheists.“

And he does have a good relationship with us! In person. That relationship tends to sour, though, when the same atheists who are happy to chat with him see their conversations, heavily edited, end up in one of his videos online.

So what’s Comfort gonna do with all those Subway gift cards?

“In what is so often a cruel world, we tried to show a little kindness and it didn’t work. So it now looks like we will be eating Subway sandwiches for the next 40 years.“