Islamic Council In Pakistan Instructs Muslims On How To Better Beat Their Wives May 28, 2016 Terry Firma

One feature shared by patriarchal religions is that men are often trying to figure out how hard and with what objects they may hit “inferior” people like their children or wives.

It is in that proud tradition that, even in the twenty-first century (or, fittingly, in the fifteenth century if you’re a Muslim), some prominent adherents of Islam still advocate wife-beating as a matter of theology. 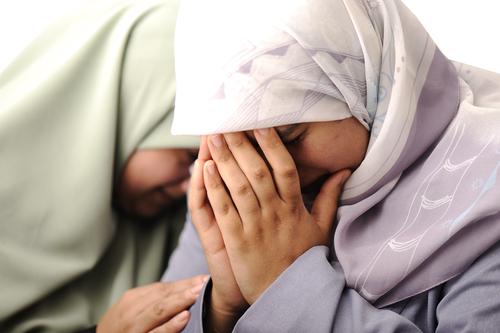 The head of a powerful Islamic council is refusing to back down from a proposal that makes it legal for husbands to “lightly beat” their wives in Pakistan, despite ridicule and revulsion including calls that maybe the clerics should stand for their own gentle smackdown.

Speaking to reporters, the chairman of the Council of Islamic Ideology, Muhammad Kahn Sherani, said a “light beating” should be a last resort. “If you want her to mend her ways, you should first advise her. … If she refuses, stop talking to her … stop sharing a bed with her, and if things do not change, get a bit strict,” Sherani said, according to Pakistan’s Express-Tribune newspaper.

If all else fails, he added, “hit her with light things like a handkerchief, a hat or a turban.”

But Sherani, bless him, has a heart:

“Do not hit her on the face or private parts.”

Anywhere else is fair game.

The council, also known as the CII and made up of Islamic clerics and scholars who advise Pakistani legislators, said it was “un-Islamic” for women to leave an abusive relationship and seek refuge in a shelter.

Among the CII’s recommendations, which it hopes to enshrine into law:

“A husband should be allowed to lightly beat his wife if she defies his commands and refuses to dress up as per his desires; turns down demands of intercourse without any religious excuse or does not take a bath after intercourse or menstrual periods.” …

The CII, which claims that its recommendations are based on Koranic teachings and Sharia law, also seeks to legalize domestic violence if a woman refuses to cover her head or face in public, “interacts with strangers; speaks loud enough that she can easily be heard by strangers; and provides monetary support to people without taking consent of her spouse,” the Express-Tribune reported.

Pakistani men already excel at communicating their wishes and commands to the ladies in their lives: Pakistan’s Human Rights Commissions says that roughly 70 percent of Pakistani women have been victims of domestic violence.

May 28, 2016
New Jehovah's Witnesses Video Shows Parents How to Shun Their Disobedient Child For Life
Next Post

May 28, 2016 House Republican Uses Bible to Condemn Colleagues Supporting a Pro-LGBT Amendment to Spending Bill
Browse Our Archives
What Are Your Thoughts?leave a comment