In Egypt, This Is What a Muslim Mob Did To a 70-Year-Old Woman of the Wrong Religion

Christians are a minority in Egypt, making up only about 10 percent of the population. As we’ve seen so often, religious majorities tend to roughshod over numerically weaker faith groups… and so it was in this case.

A 70-year-old Christian woman [below, center, meeting with church elders] [was] stripped naked, beaten and paraded through the streets by a mob of around 300 Muslim men in a village in southern Egypt. 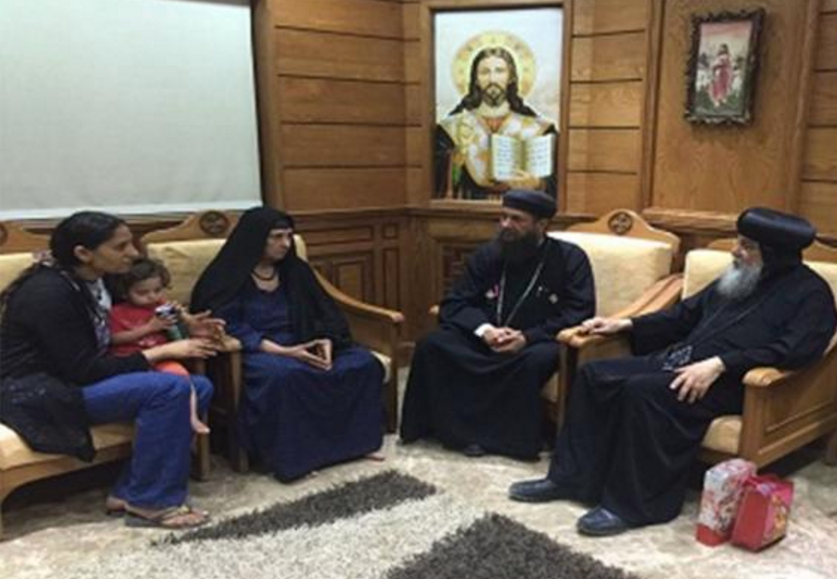 The mob also burned down seven homes belonging to Christian families, according to an unusually outspoken statement issued by the local Orthodox Coptic church, after rumors circulated in the village that a Christian man was having a relationship with a Muslim woman.

The woman who was stripped naked was reported to be the mother of the man involved in the rumored affair. … The violence is representative of the tensions between the two religions in the province south of Cairo, where extra-marital affairs between Muslims and Christians are strictly taboo.

Of course, plenty of Egyptian Muslims want nothing to do with this kind of atavistic, tribal violence. In the past, there’ve even been instances of local Muslims offering to act as human shields so that Christians could worship without being attacked.

Unfortunately, no such help was available for the septuagenarian victim. Nor did law enforcement officers come to her aid when it still might have made a difference. The local diocese said police didn’t respond for two hours, until after the mob rage had burned itself out.