Yesterday, Richard Dawkins did an Ask Me Anything session on Reddit. Given that he’s been on a Twitter hiatus lately while recovering from a minor stroke, it’s been a while since we’re heard from him. Here are some of the highlights: 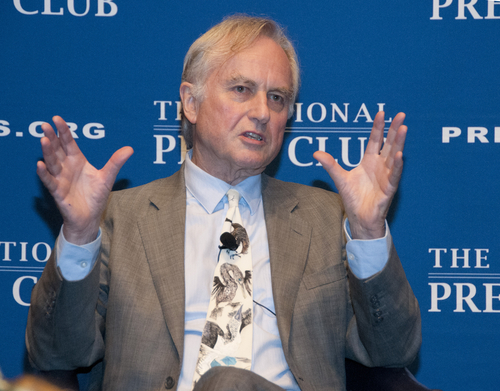 Question: How are you?

Pretty well, thank you. Still can’t sing but that’s not a great deprivation. I just regard it as an indicator of my recovery. My voice croaks somewhat when talking too, which is more of a nuisance.

Question: What has the recovery process been like for you for the past few months?

I was very impressed with the British National Health Service. Physio or other therapists came to my house every day (except weekends) for six weeks after I left hospital.

Need you ask? Do you think I’m insane?

Question: Which one of your own books is your favorite and why?

Of all my 13 books, hard to say, but I am especially proud of Climbing Mount Improbable, which is, strangely, the book that has sold the least.

Question: What was the funniest bit of hate mail you’ve received in all of these years?

Funniest hate mail, which hasn’t so far made it to YouTube: “I hope you lose your watch and are late for an important appointment.”

Question: Is there a question that has given you pause from debaters, referring to god?

Question: Which one do you think is the most dangerous religion or belief of them all and why?

Anyone who believes that what is written in a holy book is true even if the evidence is against it is dangerous. Christianity used to be the most dangerous religion. Now Islam is. Of course that doesn’t mean more than a small minority of the world’s Muslims. But it only takes a few if their beliefs are sufficiently strong, fanatical and unshakeable.

What is consciousness and why did it evolve?

Question: Do you think religion is something that humans will ever be able to move on from? Is there a future, given our present path, that you believe sees a majority of the world being agnostic or atheist?

Religion is dying from decade to decade. It will take a while but the long arc of history is pointing in the right direction

Question: What is the most compelling argument for religion you’ve heard?

I have never seen a compelling argument for religion. If I ever saw one I’d convert.

There were several other questions and Dawkins responded to many of them (including some from obvious trolls). You can read the full exchange here.