For This Father of a Premature Baby, “I’m Praying For You” Sounds Like an Insult May 28, 2016 Hemant Mehta

For This Father of a Premature Baby, “I’m Praying For You” Sounds Like an Insult

When your baby is born a couple of weeks early, you might expect to see a slightly lower-than-average height and weight, but it probably won’t be a big deal in the long run.

Kevin Davis‘ baby was born 12 weeks early and currently sits in a neonatal intensive care unit. He says things are getting better, but “the experience has been draining — physically, emotionally, and financially.” 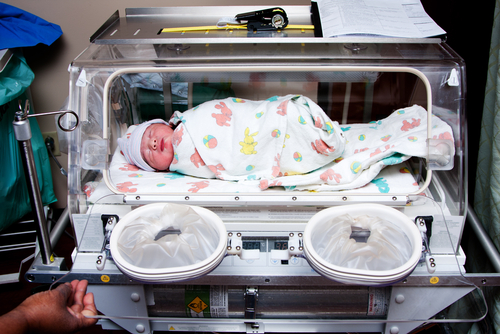 Kevin is an atheist, and he writes at Secular Voices about how one of the more frustrating aspects of this whole ordeal has been everyone telling him they’re praying for his son.

He understands they mean well, but he also knows damn well that God isn’t helping the situation:

If we left it to a god to decide, our 4-year-old son, Ryan, would not exist. He would not have been conceived without modern science and fertility doctors. And if we had become pregnant on our own, he very well could have died in childbirth without the intervention of doctors and nurses, as my wife had to have an emergency c-section after a difficult attempt at childbirth that put Ryan at risk.

If we left it to a god to decide, our 4-week-old, Grayson would not exist. He also would not have been conceived without modern science and an IVF procedure. And if we had become pregnant on our own that time, he would have died shortly after being born prematurely, without the intervention and constant care of doctors and nurses. Thanks to medical breakthroughs, not miracles, we have two children and get to experience all of the joy, pride, love, and everything else that comes with raising children — all of which would have been replaced with sorrow and heartache had we left it to a god to decide. We would have had no children, and like many of the religious, would have attempted to rationalize this in an attempt at comforting ourselves by saying it was god’s plan, or that everything happens for a reason.

If anything, it’s a reminder that what sounds like comforting words to one person may come off as rather heartless to someone else.

May 29, 2016 A Great Response to an "In God We Trust" License Plate
Browse Our Archives
What Are Your Thoughts?leave a comment