British Writer Asserts Without Facts That Religious Believers Are Still a Majority in Her Country May 28, 2016 Terry Firma

In a newspaper piece that’s short on facts but long on hubris, writer Janet Street-Porter alleges that the majority of her fellow Britons only think they have no religious faith. 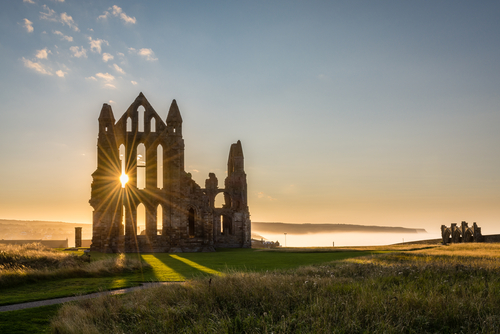 Porter, a 69-year-old Anglican and an editor-at-large of the Independent on Sunday, is in a snit over the recent news that the percentage of the non-religious in England and Wales has nearly doubled in recent years. The people in those two countries who are atheists, agnostics, or “nothing in particular” now outnumber the local Christian population. Writes Porter,

For the first time, non-believers are in the majority. In England and Wales, a new study shows that only 43 per cent of the population admit they are Christians, while almost 50 per cent reckon they have no religious beliefs — double the number of five years ago.

The condescension is hard to miss. Reckon and admit are both amazingly haughty terms here, implying something akin to, “What do those rubes know? Deep down inside they do too believe in God!”

At first I thought I must be misinterpreting Porter, but she then makes her message abundantly clear:

Most Brits are secret believers: they have faith but just don’t want to admit it.

Given the numbers, which represent a looong, crystal-clear trend, I would call that an argument from desperation. Except that it’s not an argument — it’s just an assertion. And not, I believe, one that’s based in solid facts, smart analysis, or actual research. (If those things underpin Porter’s position, she’s very good at hiding them.)

Porter ventures that, in the U.K., Christianity has come to be seen as a bit embarrassing, so people do not easily go public with their beliefs (thank you, God):

These days, people are astonished to discover I believe in God. It’s like admitting you have a huge boil on your bum or you slept with the postman last Christmas.

But if Christians were truly a majority, I’m having trouble seeing how there could be enough social pressure — from the minority, mind you — to make believers pretend en masse that they’re irreligious.

The only data point that Porter presents to buttress her view is a reference to Cockneys leaving immigrant-rich London for a whiter, more Christian future in Essex. She remarks triumphantly that

… these former Londoners get married and have their babies christened in church.

Some do, I’m sure. But the fact remains that even adherents of the Church of England, Porter’s own tribe, don’t like to visit church. Anglicans who shuffle into the pews on Sunday morning now number only 760,000, less than two percent of the population — a huge drop from decades past.

Meanwhile, churches are so hard up for money that many of them try to legally extort “chancel repair liability” from believers and non-believers alike (incredibly, homeowners who live in parishes whose churches were built before 1536 can be on the hook for maintenance costs).

As for churches being in hot demand for weddings and christenings, I’m still not buying what Porter is selling. All over Western Europe, church buildings are being shuttered or repurposed, and Great Britain is no exception. The Church of England alone is expected to close at least 200 houses of worship over the next decade.

Porter offers nothing but wishful thinking, and the trends suggest that this wish is not going to come true.

May 28, 2016
Walmart Shopper Assaults Father Who Brought His 5-Year-Old Daughter Into the Men's Room
Next Post