Louisiana Attorney General on Trans Rights: “The Good Lord Doesn’t Build Us in That Particular Way” May 27, 2016 Camille Beredjick

Louisiana Attorney General on Trans Rights: “The Good Lord Doesn’t Build Us in That Particular Way”

Jeff Landry, the Attorney General for the state of Louisiana, opposes equality for transgender students for two reasons: the opinion of a hate group masquerading as a medical organization, and “the good Lord.”

In an interview for the Family Research Council’s “Washington Watch” radio program, Landry told Tony Perkins about why his state is encouraging schools to disobey recent guidance from the Obama administration relating to Title IX. The guidance says transgender students should be able to access facilities that correspond with their gender identity — including bathrooms — and that federal funding is at risk if schools don’t comply. 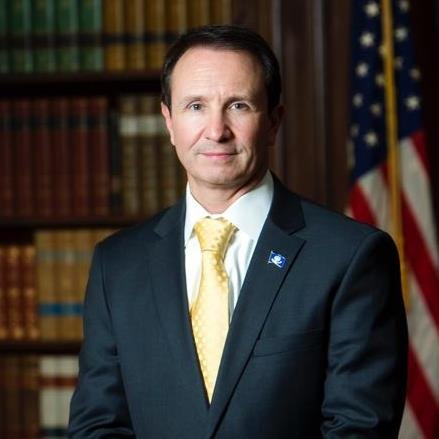 “Look, the American Pediatrics put out a statement that basically says that transgender identity is a mental illness. You cannot change biology, you cannot say you were a female and now we’re going to make you a male simply by some sort of operation. It doesn’t work that way. The good Lord doesn’t build us in that particular way. They’re trying to change our sex, who we are, and basically claiming that gender identity can be biological as well as psychological. And if you look at study after study from some of the leading psychologists, Johns Hopkins University put out one, American Pediatrics, all of them said that this is a mental state, you cannot change a person’s biological identity.”

Problem 1: The “American Pediatrics,” actually called the American College of Pediatricians, is a 200-person anti-LGBT hate group that chose its name specifically so it would be mistaken for a credible medical organization. Its “statement” is therefore rooted not in medical knowledge, but in bigotry.

The American Academy of Pediatrics, on the other hand, is the organization with more than 60,000 members and trusted by scientists everywhere. They come to a very different conclusion when it comes to being transgender: “Research suggests that gender is something we are born with; it can’t be changed by any interventions. It is critically important that children feel loved and accepted for who they are.”

The American Psychiatric Association also specifically states that “gender nonconformity is not in itself a mental disorder.”

Problem 2: The “good Lord” Landry is citing doesn’t get to decide what rules the state does and doesn’t abide by.

Later in the interview, Landry brought up another fallacy commonly made by opponents of trans-affirming bathroom policies. As so many others do, he claimed that the policies would make it easier for predators to target children, which just isn’t true. Landry told Perkins:

What this guidance does is places the mental wellbeing of 99.95% of the children in America at risk without any demonstration that it benefits the .05% of the population that it’s supposedly trying to protect. And there’s another element to this… this policy creates safe harbors for people who want to prey on children. Because why? This gender identity is mental. So if you’re a child predator, you can claim that you’re a transgender and you can go into the bathroom of your choice, and you now have a safe haven. It supports their criminal behavior and makes it difficult for people like me to take people who prey on children off the street.

Let’s get one thing out of the way: this has never happened. Nobody has ever pretended to be transgender in order to commit a sex crime.

In fact, sex crimes have happened in public bathrooms for as long as there have been public bathrooms, and segregating those bathrooms by gender didn’t deter the criminals. Sexual abuse is illegal, no matter what; there is no “safe harbor” that legalizes sex crimes or other illegal activity in bathrooms. And furthermore, sex crimes can happen regardless of a person’s body parts. This argument is not legitimate or credible in any way, but conservatives won’t leave it alone.

Finally: There is plenty of “demonstration” that trans-affirming policies benefit transgender people. (And by the way, 0.05% of the U.S. population is still 1.5 million people.) In a recent major study of transgender discrimination, trans people who were denied affirming bathroom access were more likely to have attempted suicide. Trans kids who are socially affirmed in their transitions have better mental health. The list goes on.

A high-ranking official in the state of Louisiana is endangering an entire population on the basis of junk science and religious bigotry. It’s clear who’s on the wrong side of history, but it’s terrifying that they’re so far away from realizing it.

May 27, 2016
Lawsuit Alleges That Church Leaders Ignored Girl Who Was Raped By Her Father and Contracted Herpes
Next Post