Lawsuit Alleges That Church Leaders Ignored Girl Who Was Raped By Her Father and Contracted Herpes May 27, 2016 Hemant Mehta

For two years, beginning when she was 6, a girl told leaders at McMinnville Church of the Nazarene in Oregon that her father was abusing her.

The church leaders told nobody. The abuse continued. And the girl soon contracted herpes.

Those are among the allegations in a lawsuit filed this week by the girl’s mother against the church and the national group with which it’s affiliated: 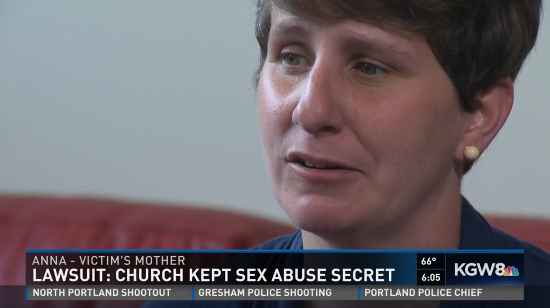 From 2010 to 2012 — when the girl was between about 6 and 8 — she told trusted leaders in the church that her dad was having sexual intercourse with her, the suit alleges.

The girl eventually confided in her mother and a counselor, Vogt said, and the counselor contacted the Oregon Department of Human Services.

The girl was later diagnosed with oral and genital herpes, according to the suit. A judge terminated the father’s parental rights in 2013, when the girl was 9, the suit says.

The girl suffered psychologically from the abuse and tried more than once to kill herself, the suit says.

She’s only 12 now. She’s tried multiple times to kill herself and she’s not even a teenager.

If the allegations are true, then church leaders not only broke Oregon law by not reporting the crime, they broke the church’s own rules about reporting abuse.

Often, when we talk about churches lacking transparency, it’s because the pastors are getting wealthy off of their followers’ donations. This, however, is one of those instances where a desire to keep things in-house did far more damage in the long run than anyone anticipated. It was irresponsible for church leaders not to take the girl seriously when she confided in them, and we’ll soon find out if it was illegal, too.

(via Christian Nightmares. Screenshot via KGW)

May 27, 2016
Creationist Ken Ham: Bill Nye is "Indoctrinating" Kids By Teaching Them Science
Next Post

May 27, 2016 Louisiana Attorney General on Trans Rights: "The Good Lord Doesn’t Build Us in That Particular Way"
Browse Our Archives
What Are Your Thoughts?leave a comment