Nye said in a recent interview that teaching Creationism may be legal, but it’s a form of brainwashing. Referring to Ham, he said, “He can believe whatever he wants. He can run around influencing all the adults he wants; it’s the kids that are gonna be a burden on me. They’re gonna be scientifically illiterate…”

Ham, as usual, took that to mean Nye wants to take away his rights, somehow, and that teaching evolution was just pushing a different religion onto children. 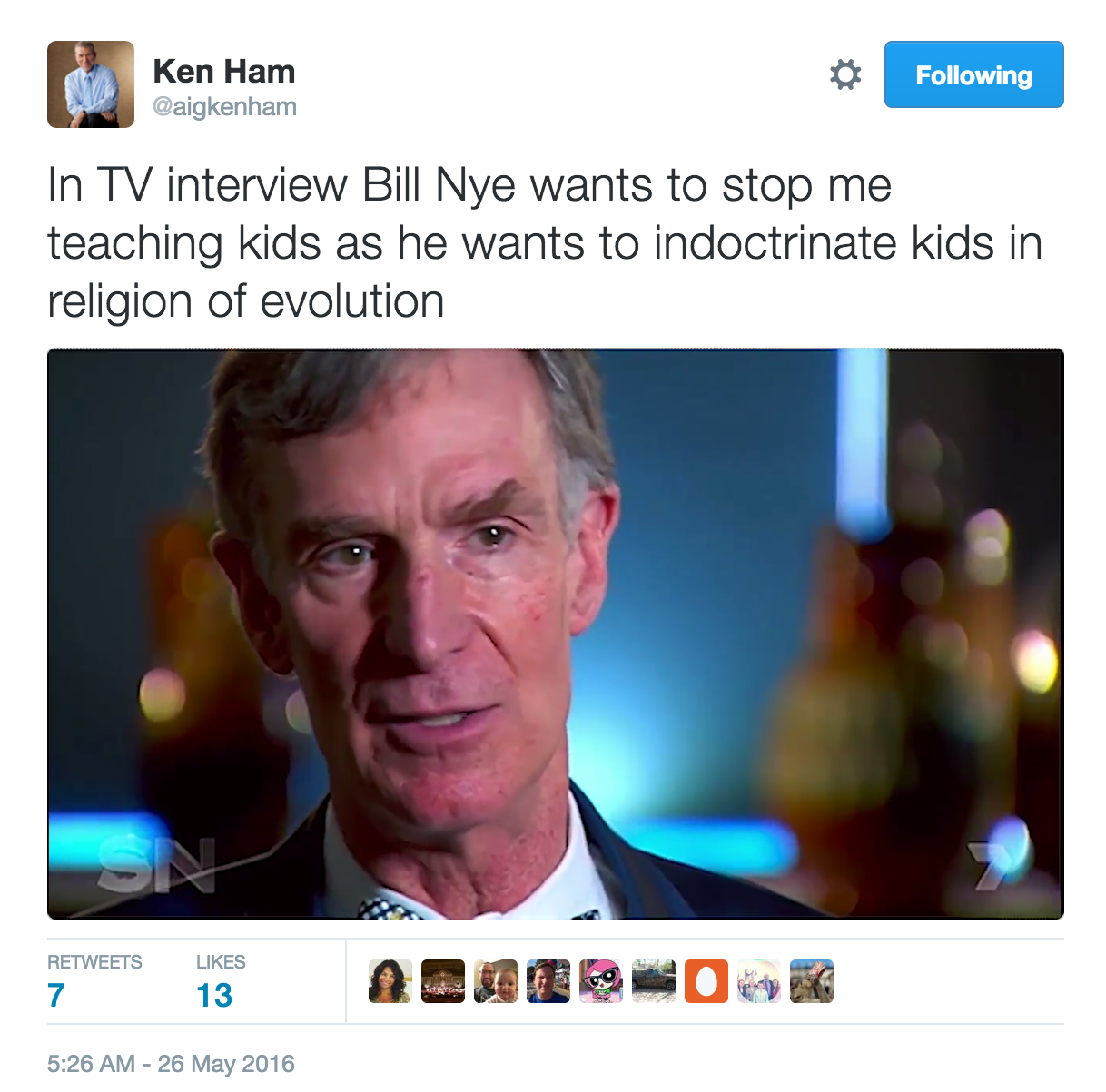 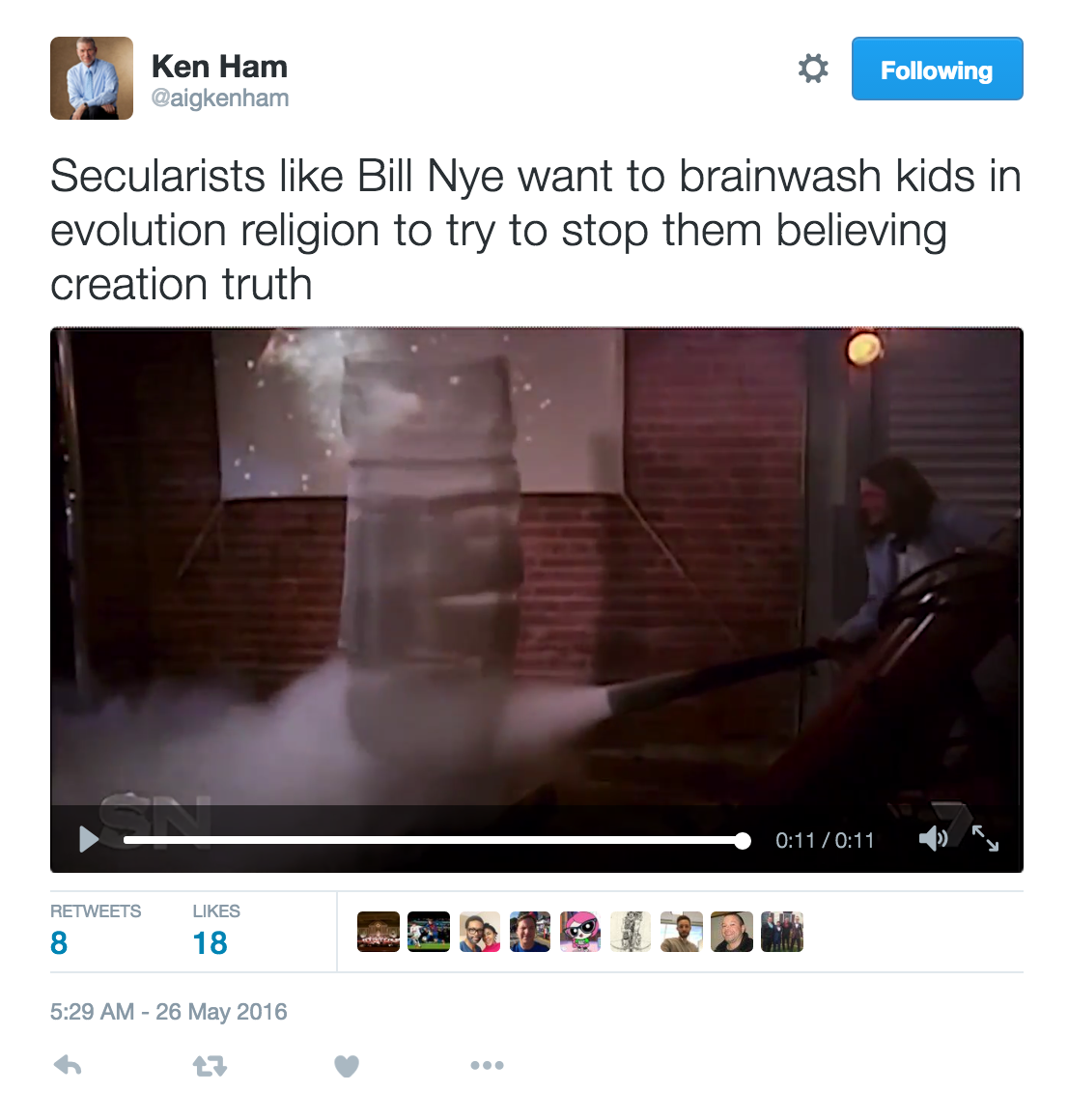 Teaching kids how to think, how to ask questions, and how to tell bullshit from reality isn’t brainwashing. It’s critical thinking. Science isn’t a religion; science is a method. And if the process ever leads to a mistake, the same process can lead to a more correct resolution.

Meanwhile, telling kids that they have to believe the nonsense written in an ancient book — and that they’ll be tortured in hell for eternity if they don’t accept its core doctrines — is the definition of brainwashing.

May 27, 2016
After Football Sex Scandal, Baylor U. Merely Demotes Ken Starr From President to Chancellor
Next Post

May 27, 2016 Lawsuit Alleges That Church Leaders Ignored Girl Who Was Raped By Her Father and Contracted Herpes
Browse Our Archives
What Are Your Thoughts?leave a comment