KKK Distributes Anti-Transgender Fliers in Alabama: “Use a Tree Out In the Back Yard” May 26, 2016 Hemant Mehta

KKK Distributes Anti-Transgender Fliers in Alabama: “Use a Tree Out In the Back Yard”

According to WTVY in Dothan, Alabama, this anti-transgender flier, allegedly from a KKK-affiliated group, was being distributed in a local neighborhood: 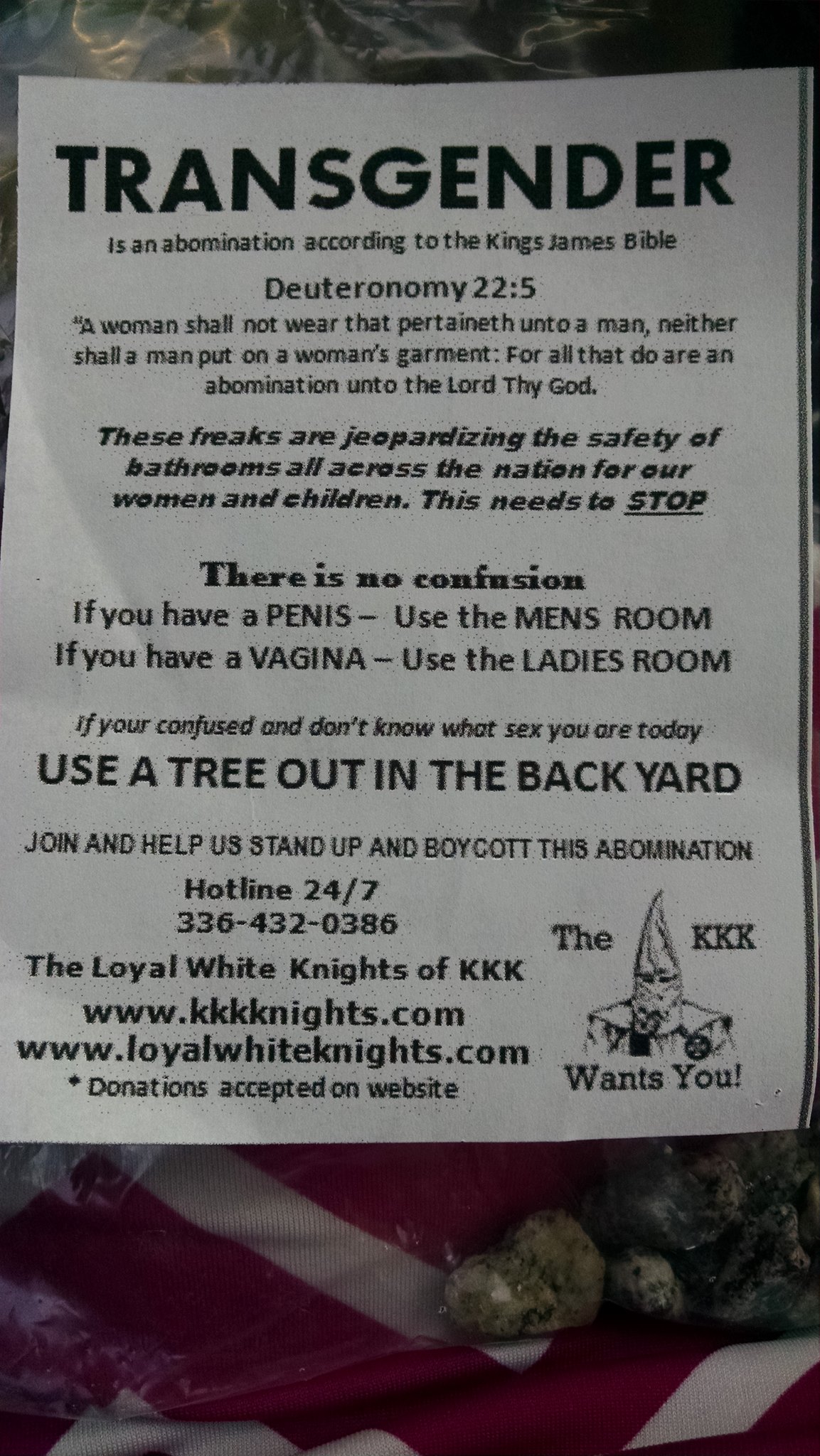 Can you believe that? They spelled “you’re” wrong…

Anyone confused by their gender should “use a tree out in the back yard,” the flier states.

Dothan police said the dissemination of the fliers isn’t necessarily illegal, but a resident could file a complaint for littering.

And as we all know, the KKK is all too familiar with using trees.

Obviously, it’s a hateful message from a hateful group. But what’s striking is that they’re using the same bigoted rhetoric — and citing the same holy book — as the Christian groups claiming that Target did something wrong by making its bathrooms trans-inclusive.

When you and the KKK are in sync like that, maybe you ought to reconsider your stance on the matter.

May 26, 2016
These Colorado Pot Smokers Just Made Us an Offer We Can't Refuse
Next Post

May 26, 2016 Christian Extremist: Women Who Have Abortions Should Be Shot By a Firing Squad
Browse Our Archives
What Are Your Thoughts?leave a comment