Christian Extremist: Women Who Have Abortions Should Be Shot By a Firing Squad May 26, 2016 Hemant Mehta

Christian Extremist: Women Who Have Abortions Should Be Shot By a Firing Squad

The last time we saw Christian extremist and one-man hate group Theodore Shoebat, he was saying that women who have abortions were “sluts” who deserved the death penalty.

In his latest video, he’s even more explicit about how women and their doctors should die.

He wants them to be shot in front of a firing squad: 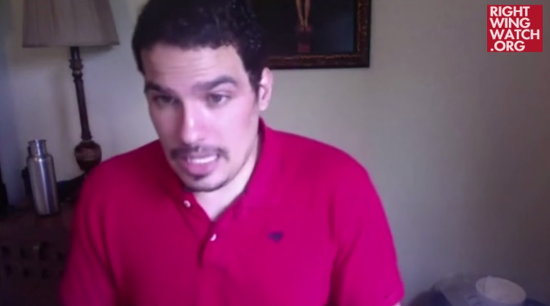 It makes no sense to punish only doctors for performing abortions, Shoebat declared, “because the woman is actually more guilty” and “the biggest criminal” since without her consent, no abortion would ever take place.

As such, both women who have abortions and doctors who perform them should be lined up before a firing squad and shot, he said.

“Yeah, arrest all the abortion doctors and put them before a firing squad and kill ’em,” Shoebat said, “but do not exempt the woman. The woman also needs to be in front of that firing squad as well.“

It’s worth mentioning that, if that were to ever happen, church attendance would plummet.

But this is a logical consequence of anti-abortion rhetoric, isn’t it? If abortion is murder, then women who have abortions and the doctors who facilitate them are complicit and deserve to be punished. And while Donald Trump and other Republicans might be hesitant to say what that punishment would be, Shoebat is taking the “eye for an eye” approach.

I’m not saying other anti-abortion advocates would agree with him, but every one of them ought to spell out exactly what the punishments should be for women who have abortions and their doctors. Because even if it’s not the death penalty, jail time and money is far too extreme.

May 26, 2016
KKK Distributes Anti-Transgender Fliers in Alabama: "Use a Tree Out In the Back Yard"
Next Post

May 26, 2016 Principal Charged in Cheating Scandal Said Kids' Scores Improved Because She Prayed For Them
Browse Our Archives
What Are Your Thoughts?leave a comment