With Any Luck, There’ll Be a Blog Just Like This One, But With “Nutty Stories” About Atheists May 25, 2016 Terry Firma

With Any Luck, There’ll Be a Blog Just Like This One, But With “Nutty Stories” About Atheists

Commenter Jerry Lynch, a reformed conservative Catholic who nonetheless still walks with Jesus, has trouble with Friendly Atheist, he told me yesterday. He’s been coming here for a week and a half and he’s puzzled. Disappointed, even. 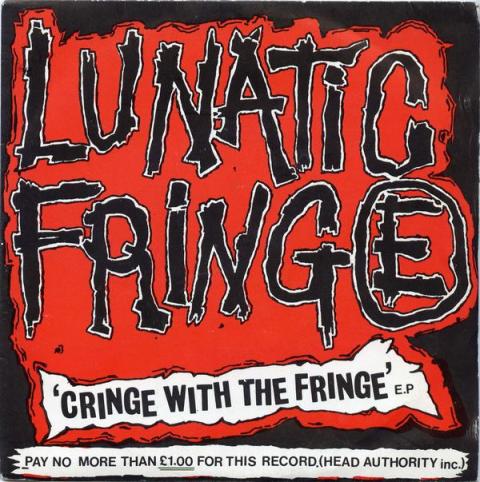 Every post thus far has just been mockery of some fringe Christian. If just commenting on the foibles of humanity or how some people can be extraordinarily blind were meant as “friendly” reminders of just how far out we as a species, or even ourselves, can get at times, fine and much needed. I feel certain that with little effort you could find equally nutty stories — albeit, a different genre — about Atheists. Do you believe that is possible? …

The best or rather most effective propaganda, not only in Nazi Germany but in general, is to make the enemy look strange, ridiculous and pathetic, so other as not to be worthy of consideration as human. I am not sure that is your intention, though I tend to think it is not, yet what is the effect of your strident mockery on your audience? Besides the raucous backslapping, hewhaws, and tribal whoops.

So what we’re doing, Jerry says (pulling a Godwin as his opening move), is much like Nazi propaganda. Hmm.

The part that fascinated me the most is that he’s

… certain that with little effort you could find equally nutty stories — albeit, a different genre — about Atheists.

Please, Jerry, prove it. Start a blog analogous to this one, with 8–12 daily posts about how irredeemably irrational atheists are. More specifically, fill it with plucked-from-the-news examples of how the dogma of atheism leads to those irrational, awful results. Can you do it? Can you keep it going? Or will you run out of fresh material in a matter of hours or days? I’ll gladly do my bit: I promise I’ll promote your site generously here and on social media, just because such an audacious initiative should be rewarded.

Now, let’s take a look at the allegation that, on this blog, we attempt to tar all Christians with the “fringe beliefs” of a few. I certainly would never assert that most Jesus followers faith-heal their seriously sick kids (and let them die one after the other); and I’m aware that almost none believe that their Uber app is possessed by demons who send them on murder sprees.

Other than those, I wonder which fringe beliefs Jerry is referring to. Is it the belief, perhaps, that transgender people could be sexual predators who will go to Target restrooms to rape small children? The belief that Starbucks behaved outrageously by not putting Christian motifs on its paper holiday cups half a year ago? As we can tell from the number of Christ-praising viewers of viral videos, the number of social-media shares, the number of God-beseeching petition signers, etc., those nutty beliefs are embraced with a vengeance by millions of U.S. Christians.

Or maybe Jerry meant the “fringe belief” that God listens when you pray and will often grant your wish if you believe hard enough? Or perhaps the belief that the Earth is 6,000 years old? (40 percent of Americans believe in Young Earth Creationism, and more than 65 percent believe in intercessory prayer. Fringe, anyone?)

Or perhaps he was thinking of the belief that God, in an angry and genocidal mood, caused a worldwide flood that submerged the Earth’s mountain ranges, then magically made almost all that water disappear from the planet’s ecosystem? Or the belief that a carpenter’s son walked on a lake, turned water into wine, and rose from the dead?

Or the belief that a divine, disembodied ghostman in the sky impregnated a virgin who then, without even tearing her hymen, gave birth to a man who was both God’s son and God Himself?

To be clear: I certainly do not blame all believers for religion’s worst excesses. Instead, I merely chronicle what the religious are capable of despite their professed faith. It’s the hypocrisy of the violators that bothers me roughly as much as their bad behavior does.

An atheist axe murderer is no better than a Christian one, and vice versa. The difference is that the believer has most likely always claimed to have a superior, god-given sense of right and wrong. That pretension is silly, so I love writing about moralistic blowhards — especially clergy members — who commit the very sins they’ve always preached against. These hypocrites are analogous to IRS employees who cheat on their taxes, and to cops who sell drugs. Such evildoers are surely deserving of more scorn than your average tax dodger, street dealer, or churchgoer.

Almost daily, his blog shines a spotlight on believers who break their own shared rules in often horrific ways. By contrast, atheists have no holy book or shared orthodoxy to violate. That’s a big reason why Jerry’s blog idea is likely a non-starter.

When I say that atheist evildoers are not one iota more virtuous than Christian or Muslim or Jewish ones, I also mean that their crimes aren’t one iota more excusable. But at least they don’t pretend otherwise.

I look forward to the start of the “Unfriendly Atheists” blog.

(Portions of this article were published earlier.)

May 25, 2016 Ohio School Ends Tradition of Singing “The Lord’s Prayer” at Graduation, But Students Do It Anyway
Browse Our Archives
What Are Your Thoughts?leave a comment