“I’m An Atheist & I Vote” Signs Are Now on Buses and Bike Kiosks All Over Washington, D.C.

A new advertising campaign in Washington, D.C. by the Freedom From Religion Foundation features young people (some of whom work for FFRF) saying, “I’m an Atheist & I Vote.” Some of them also promote “atheist pride” clothing.

The ads will appear on buses, bus stops, and bike kiosks over the next two weeks, leading up to the Reason Rally. 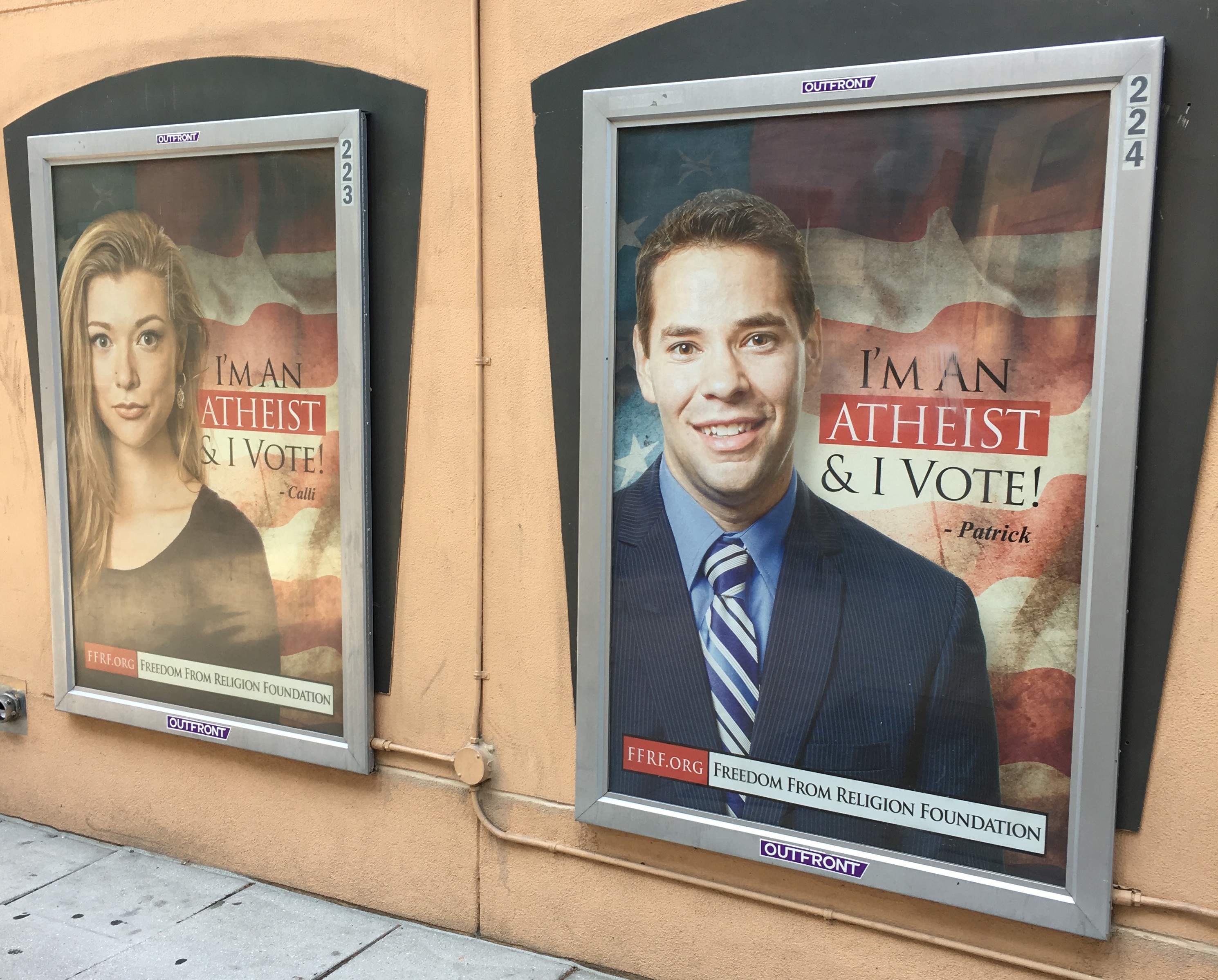 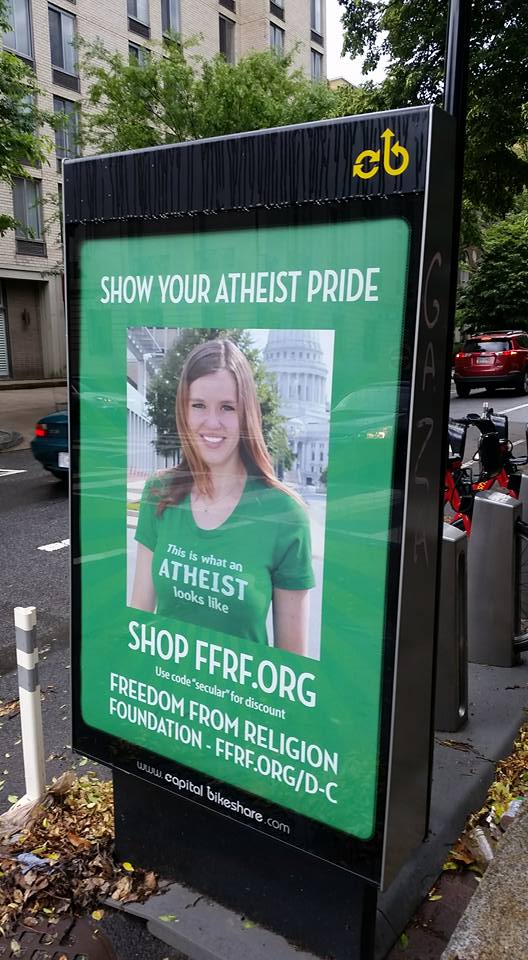 “We’re blanketing the District with images of young secular voters, to show the faces of the fastest-growing voter demographic in America,” says FFRF Co-President Annie Laurie Gaylor. “While the Religious Right is hemorrhaging numbers and influence, secular support is skyrocketing, with 20 million new people on our side of the aisle since Barack Obama was first elected. Our leaders need to see our presence and hear our priorities.”

I love the campaign. It’s simple, positive, and sends the message that politicians shouldn’t ignore atheists in their campaigning. It’s to their benefit to hear what we want in a candidate. Republicans and Democrats alike ought to be able to support church/state separation, including no religious privilege given to any one group by the government.

We’re not asking them to denounce God. (That’s Phase 2.)

In theory, no one should be upset about this campaign, either. It’s not advocacy in any way. It’s just citizens saying they vote. But give it a day or two and I’m sure someone will call it oppressive.

(Thanks to Alec for the link)

May 25, 2016
Woman Who Called Obama a Gay Prostitute Loses Primary Race for Texas Board of Education
Next Post