Tired of Potholes? Jesus Will Fix Them After a Little Sprinkle of Holy Water May 24, 2016 Terry Firma

Tired of Potholes? Jesus Will Fix Them After a Little Sprinkle of Holy Water

Because I’m all about helping others, I’ve belatedly come up with a solution to help a Youngstown, Ohio man whose NSFW video went viral after he recorded himself profanely commenting on the potholes dotting his local roads. It’s simple: Get a little holy water. 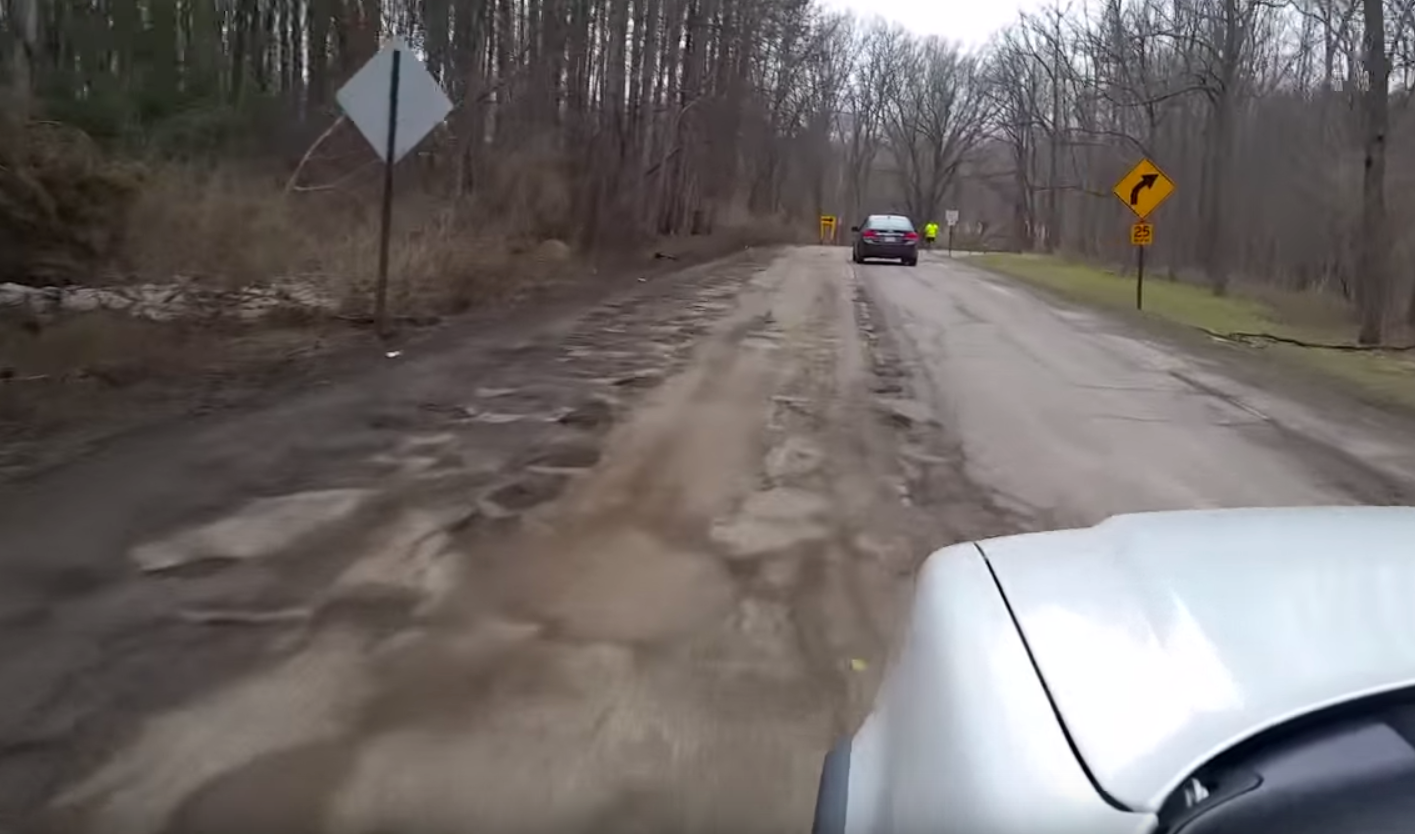 Via the Associated Press:

A Spanish priest says he has given up hope that local authorities in his parish of Xestoso in the northwest of the country will fix the potholes in the roads, so he has asked for divine intervention. Luis Roldan Patino celebrated Mass on a pitted road Sunday and splashed holy water to bless it. Each pothole is now marked with a wooden cross on the roadside so drivers can slow down before hitting them, he said.

Roldan Patino told journalists that “just like we can pray to the Lord for rain” he is pleading for divine intervention to fix the road because “it’s going to be the only way to do that.”

No need to spend billions of dollars a year on fixing potholes, then, as we do in the United States.

Of course, water, which freezes and expands, then thaws and contracts, is the main reason we have potholes to begin with. Holy water, admittedly, could be different. Long live empirical testing. If Father Patino’s potholes disappear through “divine” roadwork, I’ll be sure to share the happy tidings.

May 24, 2016
Catholic High School in Indiana Tagged with Graffiti Saying "Jesus Is Dead"
Next Post