Screaming Christian in Target Store is Confronted by Customer, Then Escorted Out By Security May 23, 2016 Hemant Mehta

Screaming Christian in Target Store is Confronted by Customer, Then Escorted Out By Security

Another screaming Christian who thinks disturbing the peace is the best way to steer people toward God.

Another Follower of Jesus spreading lies about transgender people because reality doesn’t support his delusions.

But this time, there’s a customer who argues right back — and security officers escorting the man out of the store. It’s a joy to watch. 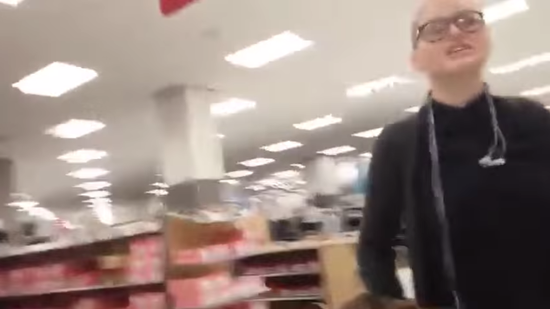 I’ve said it before, but if atheists staged a protest like this, yelling inside of a church on a Sunday morning against their beliefs, Christians would be up in arms calling it persecution and demanding everyone put a stop to it.

Where are the evangelical pastors speaking out against these protests? Why aren’t they doing a better job of corralling their congregations? Is this what the American Family Association wants? Is this really the best representation of Christianity?

Because this isn’t Westboro Baptist Church. These people aren’t on the fringes of Christianity. The Christians who believe transgender people are pedophiles are part of mainstream evangelicalism. They think these protests are righteous. They think God is cheering them on. And they won’t stop unless, at the very least, someone they trust tells them they’re being assholes.

May 23, 2016
Five Years Later, Harold Camping's Followers Are Still Predicting the End of the World
Next Post