People who live in glass houses shouldn’t throw stones. Zakia Belkhiri, 22, a Muslim woman in Belgium, has just discovered the truth of that saying.

A week ago, Belkhiri became a social-media sensation with a sassy, self-empowering selfie she took at an anti-Muslim demonstration in Antwerp, Belgium, defiantly duckfacing in front of the 40-or-so protesters. 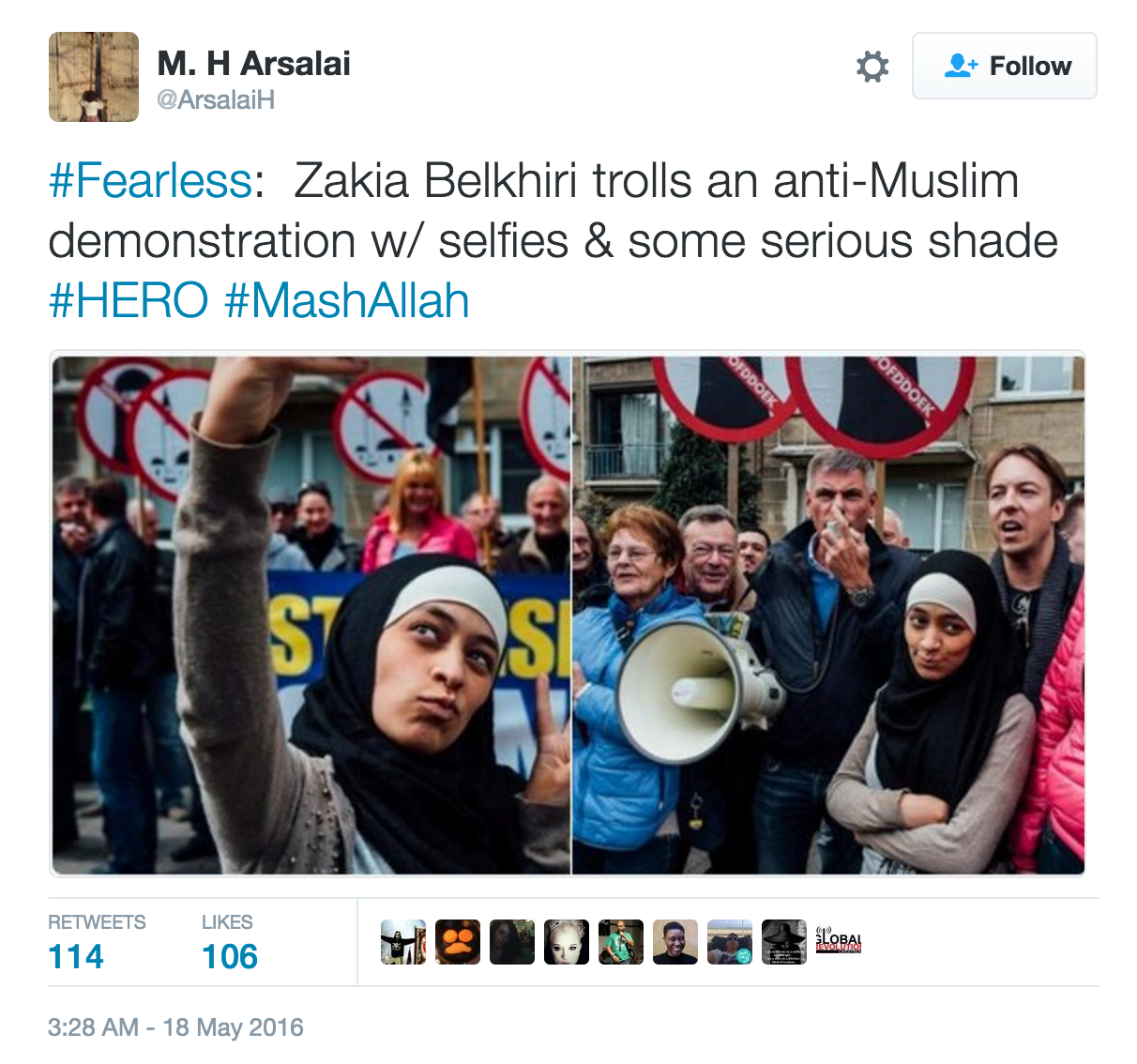 She told the BBC she did it

“…to show that things can be different. And that we can live together, not next to each other but with each other.”

For that no doubt beautiful message, she was celebrated as a badass, a hero, et cetera.

But now it turns out that Belkhiri isn’t entirely about living in peace and harmony. She would like to make an exception for Jews. Four years ago, on Twitter, she cheered their extermination:

Hitler didn’t kill all the Jews, he left some. So we know why he was killing them. #fuckrs

Her anti-semitism still burned brightly two years later, when she wrote on Facebook,

“Fucking Jews. I hate them so much.”

Luckily, Belkhiri has belatedly clarified that she merely forgot to specify that she hates Zionists; the other Jews are fine. So maybe the Führer and Belkhiri were both just misunderstood?

Wags have since Photoshopped the viral image to convey a wrier, different truth:

May 23, 2016
Australian News Report on Ken Ham's Ark Encounter is More Fluff than Facts
Next Post