What’s the greatest book of all time?

It obviously depends on what measure you’re using: Most influential? Most copies sold? Most popular? You might get different answers each time.

Given all that, the folks at Priceonomics decided to create their own Best Books Ever list by compiling data from the popular website Goodreads:

Rather than collect the rating for every single book, we chose to collect data on the ten most popular books by each of the 9,000 authors who appear on Goodreads’ Best Books Ever list — a list which is independent of user ratings and voted on by particularly active members. We ended up with a dataset of over 23,000 notable books.

What they found was that the Bible — specifically the ESV Study Bible — came in at #2. It was beaten by this masterpiece: 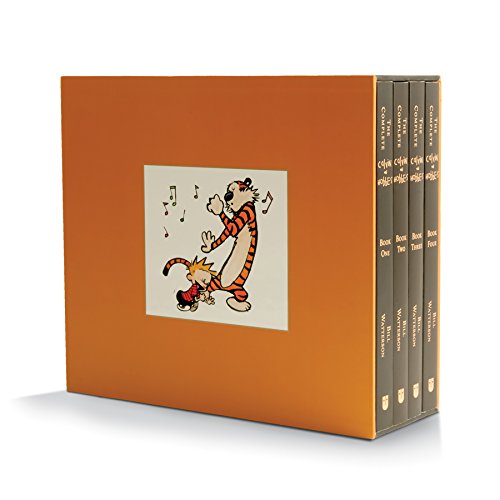 With a score of 4.81, the highest rated book is Bill Watterson’s The Complete Calvin and Hobbes. Over 27,000 users have rated the book, and considerably more than 80% of them have given it five stars. It scores just ahead of the ESV Study Bible — an English Standard Version of the Bible with evangelical commentary.

One’s a book about a guy who breaks the rules and talks to his imaginary friend… and the other is Calvin and Hobbes.

In fact, five of the top ten books on that list belong to Watterson. Which may tell you more about his still-enthusiastic fan base than anything else. But it’s always interesting to see what beats the Bible no matter what algorithm you use.

May 21, 2016
The Christian Who Was Secretly Selling Child-Beating Sticks Has Shut His Business Down
Next Post