Got a Degree from Liberty University School of Law? Good Luck Getting a Legal Job May 21, 2016 Hemant Mehta

Got a Degree from Liberty University School of Law? Good Luck Getting a Legal Job

If you or someone you know is in law school, then you’re undoubtedly aware of a major concern among students: they might not find a job that requires a law degree. With the recent recession, fewer people retiring, and a lot of law students graduating, there just aren’t enough positions available for everyone who’s qualified and able to fill them.

For that reason, class sizes have gotten smaller at many schools. The question is: Have things balanced out yet? Are newly minted lawyers finding legal jobs within a year of graduation?

The National Law Journal just published a list of the law schools with the most unemployed graduates. It’s behind a paywall, but Above the Law has a summary. And making the list-you-don’t-want-to-be-on? 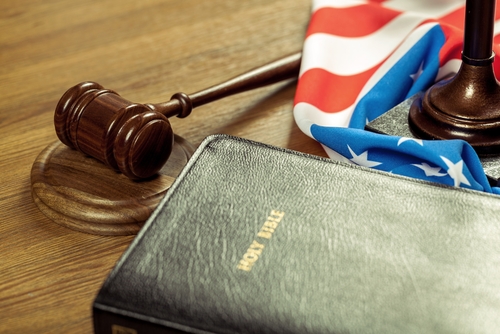 Liberty University School of Law, with an unemployment rate of 26.23%. That’s how many of their students aren’t working in a job that requires a law degree ten months after graduation. They came in fourth, not far behind Southwestern Law School in Los Angeles, the worst in the nation, with a pathetic 30.55% unemployment rate.

This means Liberty University graduates are even less likely to get jobs than graduates from Thomas Jefferson School of Law, which earlier this year was ordered to stand trial for allegedly vastly inflating their post-graduation employment statistics.

Most of the schools on the list are public, so it’s not enough to say it’s just the quality of education that’s the difference maker here, but I suspect that it has to hurt your employment chances when you’re coming from a school best known for its reality-be-damned theology; open bigotry against people who may not share their beliefs about sexuality, abortion, or religion; and an understanding of the Constitution that glorifies the Second Amendment while perpetually violating the First.

May 21, 2016
It's Important To Teach Your Baby That She's "Depraved," Radio Host and Learned Guest Agree
Next Post

May 21, 2016 Want To Know Your Future? In India, a Little Birdie Tells You
Browse Our Archives
What Are Your Thoughts?leave a comment