Years After Her “I’m Actually an Atheist” Moment, a Tragedy Survivor is Helping Others Recover May 20, 2016 Hemant Mehta

Years After Her “I’m Actually an Atheist” Moment, a Tragedy Survivor is Helping Others Recover

It was three years ago today when, following a devastating tornado in Oklahoma, CNN’s Wolf Blitzer went to the scene to interview people affected by the tragedy.

He eventually spoke to a woman named Rebecca Vitsmun whose family was okay but whose home was not. At the end of the interview, Blitzer asked her if she thanked God for getting out of house in time… and that led to this incredible exchange: 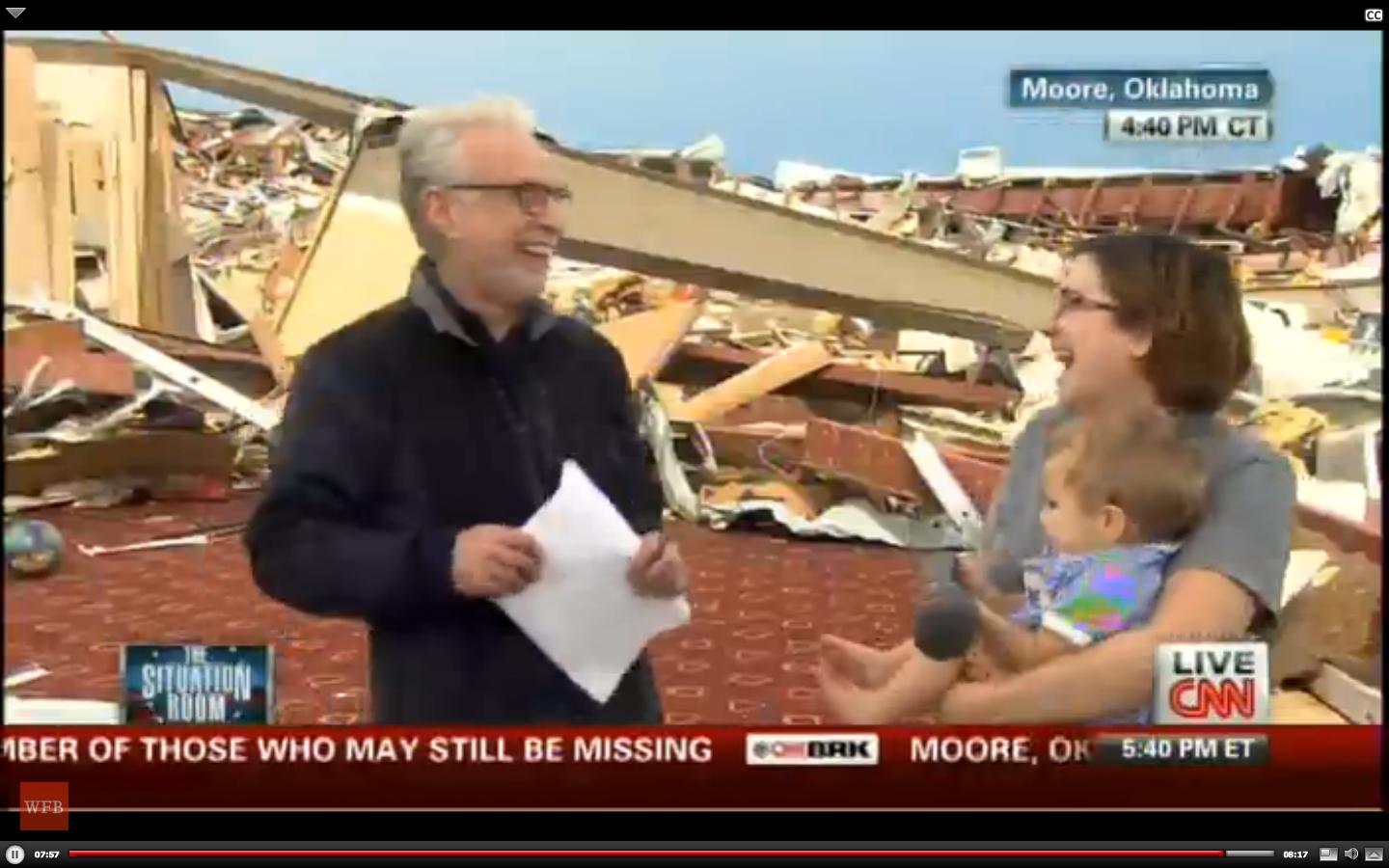 BLITZER: Well, you’re blessed. Brian, your husband, is blessed. [Your son] Anders is blessed… and I guess you gotta thank the Lord, right? Do you thank the Lord? For that split-second decision?

It was a wonderful reminder that, even in the face of tragedy, not everyone resorted to religion to pull them through.

But in the process of cleaning up the damage, while there were certainly atheists helping out, Vitsmun saw a need for a more organized, coordinated effort. So she helped the Foundation Beyond Belief launch its Humanist Disaster Recovery teams. Earlier this year, they were on the ground in South Carolina, helping rebuild homes in the wake of Hurricane Joaquin.

In a video marking her anniversary of that Blitzer moment, FBB and Vitsmun made a video demonstrating the work the HDR teams have done so far:

It’s a wonderful project that could always use more volunteers. If it sounds like a meaningful project, consider signing up.

And beyond that, please donate to Foundation Beyond Belief so projects like these can continue with the proper oversight and management.

May 20, 2016
An Open Atheist, Suing to Remove Cross from Pensacola (Florida) Park, is Running for Congress
Next Post

May 20, 2016 Port Neches (TX) Keeps Cross in Public Park By Selling That Tiny Portion of Land to a Local Church
Browse Our Archives
What Are Your Thoughts?leave a comment