An Open Atheist, Suing to Remove Cross from Pensacola (Florida) Park, is Running for Congress May 20, 2016 Hemant Mehta

An Open Atheist, Suing to Remove Cross from Pensacola (Florida) Park, is Running for Congress

In the race for U.S. Congress from Florida’s 1st District, the primaries don’t take place until late August, but there’s already a war of words between two of the contenders over a Christian cross on public property.

Actually, I take that back. It’s more like the most prominent Republican in the field wants everyone to know that one of his possible Democratic opponents is an atheist.

The cross in question has been up in Pensacola’s Bayview Park for the past 50 years. The American Humanist Association and Freedom From Religion Foundation recently filed a joint lawsuit to have it removed.

One of the atheist plaintiffs in that suit is Amanda Kondrat’yev, one of two Democrats running for that seat in Congress. 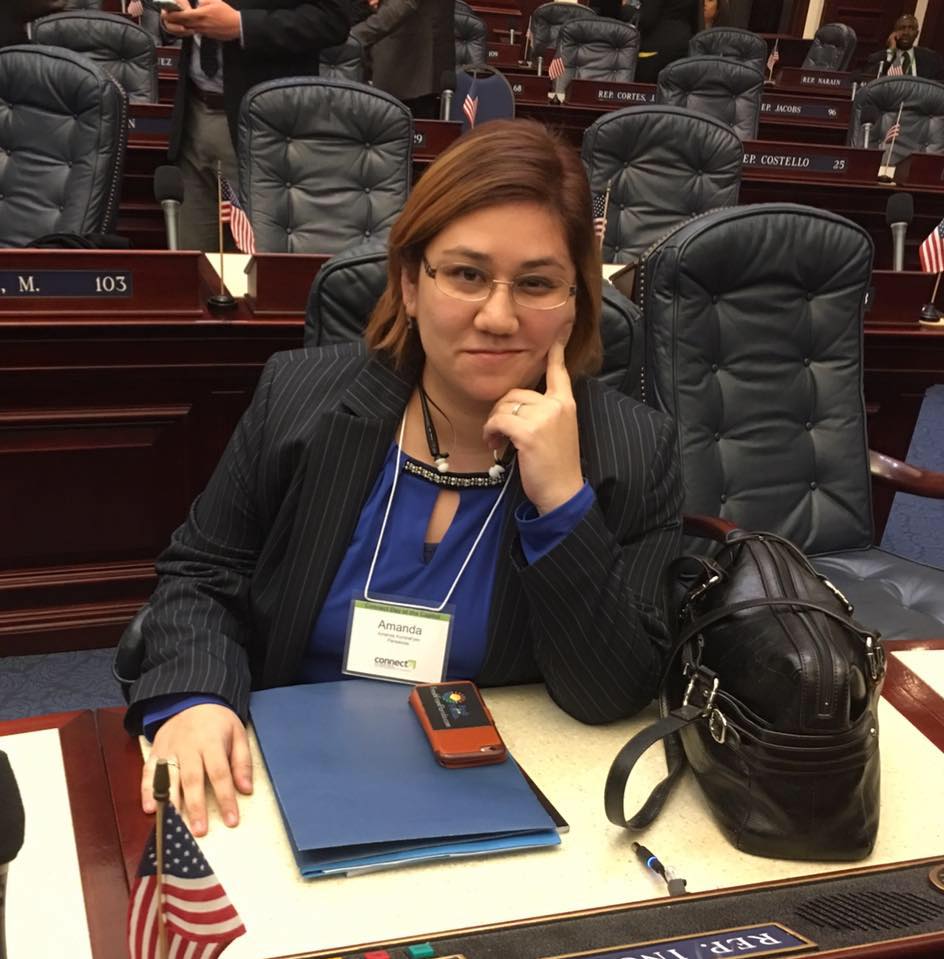 … our religious liberty is under attack by far-left liberals like Amanda Kondrat’yev, who filed a lawsuit to remove the Cross at Bayview Park. I believe this lawsuit is outrageous and challenge Mrs. Kondrat’yev to a debate in front of the Bayview Park Cross.

A few days ago, Kondrat’yev welcomed the idea of holding debates (though she was unaware of Gaetz’s specific comments when she spoke to the reporter):

“Absolutely,” Kondrat’yev said. “The way I see it, having a cross in a park that’s supposed to be for everybody is obviously showing preference to one religion over another. If it were a satanic symbol or a Muslim symbol, they would be livid …. The cross towers above the trees and it’s a clear violation of our constitutional rights. My grandfather and father are both U.S. military veterans and this is not what they fought for at all.”

Gaetz’s campaign reached out to her with some potential dates, adding that the cross would make a good backdrop for the event.

But Kondrat’yev told me last night she won’t agree to that. She wants multiple debates across the district, and she sure as hell doesn’t want to do it in front of the cross (since it’d be like handing Gaetz home court advantage):

What I was asked by [reporter] Will Isern at the Pensacola News Journal was if I would accept Matt Gaetz’s Lincoln-Douglas debate challenge about the cross case, to which I replied yes. Later I was contacted by Gaetz’s campaign manager where I learned that Matt did not want to do multiple debates across the district to reach voters (Lincoln-Douglas debated 7 times), but one single, short, high-school style debate at the cross so that he can spew nonsense and make people feel warm and fuzzy without saying anything…

Clearly, Gaetz thinks I’m a pushover. Apparently, he thinks his father is wrong about the need for separation of church and state, too! Baby Gaetz was a sophomore here.

Maybe he doesn’t remember the death threats that people who disagree on religion get regularly. Maybe he hasn’t been told that he doesn’t belong and to get his family and leave the country. It may not even be his fault, privilege is invisible until it is unpacked, but his affluenza should not allow him to buy his way out of jail and into Congress where he can do even more damage to the people!

This is why money should not equal speech and power in government. The last thing the people of Northwest Florida need is another privileged, Conservative bully that serves only the elites. Our government should be for the people, by the people, and I will defend our Constitutional rights and work to improve quality of life for everyone.

She added a link to this video:

As it stands, no debate has been scheduled yet, but newspaper columnist Troy Moon is urging Gaetz to reconsider his challenge, for his own sake, since the law and the facts are all against him:

… Rep. Gaetz, I was with you on the issue until you started talking about it. You might want to rethink that debate unless you want to do more harm to your cause than good.

All the more reason to make it happen. Many times over.

On a side note, if you’d like to donate to Kondrat’yev’s campaign, you can do so here.

May 20, 2016
Kim Davis: I Ignored the Supreme Court Decision Because "That's Not a Law, That's a Ruling"
Next Post

May 20, 2016 Years After Her "I'm Actually an Atheist" Moment, a Tragedy Survivor is Helping Others Recover
Browse Our Archives
What Are Your Thoughts?leave a comment