A new bill designed to amend the International Religious Freedom Act of 1998 passed the U.S. House unanimously this week, and it will lead to some wonderful and horrendous changes. H.R. 1150 will offer extended protections to atheists, who have been persecuted in countries like Bangladesh, which is fantastic, but it’ll also defend the rights of those want to partake in ritualistic animal slaughter and male circumcision. 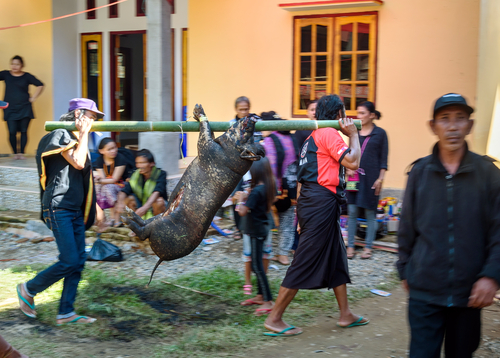 Here’s what the pro-atheism changes (in red) will look like if the Senate decides to approve the bill (as is) and President Obama signs it into law:

Though not confined to a particular region or regime, religious persecution and the specific targeting of non-theists, humanists, and atheists because of their beliefs is often particularly widespread, systematic, and heinous under totalitarian governments and in countries with militant, politicized religious majorities and in regions where non-state actors exercise significant political power and influence.

Those are wonderful changes. It’s often assumed that religious freedom applies to those of us without religion, too, but there’s nothing wrong with making that explicit.

More troubling, however, is that a mandatory Human Rights Report for Congress, which includes a section on “violations of religious freedom,” will now include:

That sounds really confusing, so let me paraphrase: it means that if people who defend male infant circumcision or animal slaughter are “persecuted,” the U.S. will consider it a violation of religious freedom. Our government is therefore giving tacit approval to those practices.

The Senate can fix this before it’s too late. No one wants to see people persecuted regardless of their beliefs, but the government shouldn’t endorse these barbaric practices even in a symbolic way. They shouldn’t be protecting those who seek to harm anyone else.

(via JTA. Image via Elena Mirage / Shutterstock.com. Thanks to Brian for the link)

May 19, 2016
In New York State Orthodox-Jewish Enclave, Child Abuse Is Suspected, and the FBI Is on the Case
Next Post