Ohio School Ends Tradition of Singing “The Lord’s Prayer” at Graduation, and Christians Are Furious May 19, 2016 Hemant Mehta

Ohio School Ends Tradition of Singing “The Lord’s Prayer” at Graduation, and Christians Are Furious

I realize there’s some debate over what can and can’t be sung at public high school events, but a “musical rendition of ‘The Lord’s Prayer'” should make anyone‘s list of obviously-promoting-Christianity-and-therefore-illegal music. It’s not an instrumental ode to God. It’s not a classic song that has withstood the test of time. It’s just a song you’d expect to hear in a megachurch on a Sunday morning. 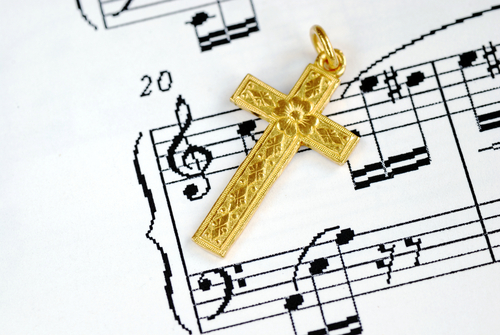 Who would argue otherwise?

Lisa Ensinger performed the sacred song when she was a senior at the Ohio school in 1986.

“It’s a tradition,” she told me — a tradition that she continued when she became the high school’s choir director.

In Starnes’ view, traditions are always okay when they perpetuate his faith. (But never anyone else’s.)

So when the Freedom From Religion Foundation told the administrators at East Liverpool High School that the song had to go — it couldn’t be sung during the commencement ceremony — the District knew they were in the wrong and opted to get rid of it. It was the right thing to do, and it saved the district a lot of money since this was a losing lawsuit waiting to happen.

But if you see religious neutrality in public schools as a form of persecution against your Christian privilege, you might think differently. In fact, you might act like it’s a bigger problem than it really is:

[Ensinger] warned the district that banning a piece of sacred music could lead the school down a troubling path.

“Once you say you can’t do one piece of music because of a text — you open a door that will basically shut out large quantities of music and music history,” she told me. “You take out Bach’s work, most of Mozart’s work, you take out everything from the Middle Ages because it’s all sacred.”

It’s a good point. How can a music educator teach music history without including sacred music? If they’re going to ban Christian songs, what’s next?

This is what’s known in most places as a “lie,” and in Christian circles as a “convenient walk down a slippery slope.”

There’s a difference between music written with the intent of converting others and music that was written to glorify God in the composer’s mind. FFRF even has a helpful list of questions to ask if you’re wondering whether a song goes too far. It ends with this:

Generally speaking, thoughtful courts looking at religious music in public schools consider age of children; proportion of religious songs sung compared to secular; context (classroom or concert). Is the religious music at a ceremony or event that children must attend, or would wish to partake in, such as a graduation ceremony?

These are sensible questions. They keep the focus on the classroom, not Christ. Even at graduation, students shouldn’t be excluded just because they’re in the religious minority.

Starnes will never understand that. His job depends on it.

May 19, 2016
Christian Missionary Sexually Abused Eight Orphans in Malawi For More Than a Dozen Years
Next Post