Memphis “Prophetess” Steals a Small Fortune From a Food Program for Kids — Again May 19, 2016 Terry Firma

I wanted to call this a new low, but considering the Christians who beat kids, kill kids, and rape kids, merely taking food out of kids’ mouths is no big deal, right?

The operator of a Memphis faith-based agency that contracted with the Department of Human Services [DHS] to feed low-income children has been indicted on theft charges, after an investigation revealed she misappropriated $162,165 in taxpayer monies intended for meals. 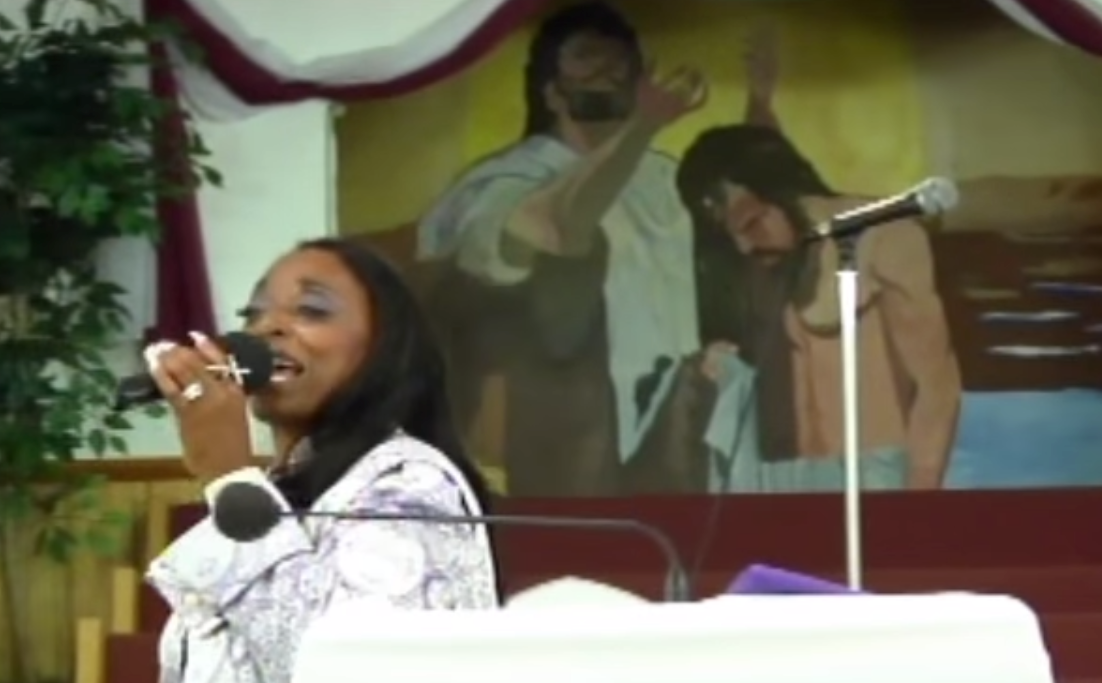 Instead of feeding children, Jeanette Jives-Nealy [who calls herself a “Pastor Prophetess”] spent tens of thousands of dollars on retail items and travel, and transferred more than $25,000 into a savings account, a report by the state’s comptroller found.

If only there was some way this could have been avoided. Like checking Google, maybe.

That’s right — Jives-Nealy had pulled this scam before, in Florida. Her name is easy to find on the Internet, attached to a 2007 Florida indictment and a subsequent conviction for

… multiple counts of racketeering, conspiracy, money laundering, forgeries and theft … after stealing $200,000 from a school [food] voucher program intended for kids with disabilities.

But running a 20-second Google search was too much of a burden for DHS, and so the self-styled prophetess took full advantage of the government agency’s ineptitude, cashing big checks to the tune of $162,000.

In 2011, after Nealy was released from prison, she and her son moved to Memphis to open Kingdom Dominion [a Christian ministry]. The pair then contracted with the Department of Human Services to receive cash advances to serve meals to children.

DHS paid Jives-Nealy $122,000 in advance of June and July 2014 after she pledged to serve 33,800 children for each of those months. She received an additional $40,000 after claiming Kingdom Dominion had actually served more than 40,500 meals in July 2014. DHS paid the advances even though Jives-Nealy was serving a 10-year probation, in which she was banned from applying for any state or federal funding.

Kingdom Dominion is one of several instances in which out-of-state operators who had racked up a string of offenses in other states were able to easily move to Tennessee and bilk taxpayers of hundreds of thousands of dollars intended to buy food for kids in poverty, a Tennessee investigation found in September.

It’s all but assured that Jives-Nealy will return to prison, but in fairness, one or more criminally negligent DHS bureaucrats who supplied her with easy money should end up in the cell next to hers, for a spell.

Anyway, a dozen years ago, when the so-called prophetess became the subject of the Florida investigation, she

… hid in the back bedroom when authorities came to arrest her.

There‘s a picture of courage!

This time around, Jives-Nealy tried to lie her way out of an indictment, but not very convincingly.

When auditors visited her offices to review paperwork, Jives-Nealy told them the records had been destroyed by flooding that morning. Auditors found no sign of flooding at the site and were advised by a building maintenance personnel there had been no plumbing, roof or any other leak that day.

I’ll leave it to you decide whether a “prophetess” who can’t even prophesize her own imminent arrest is really worthy of the title. Shades of Sylvia Browne.