In New York State Orthodox-Jewish Enclave, Child Abuse Is Suspected, and the FBI Is on the Case May 19, 2016 Terry Firma

In New York State Orthodox-Jewish Enclave, Child Abuse Is Suspected, and the FBI Is on the Case

A child-rape investigation is underway in Kiryas Joel, an Orthodox-Jewish shtetl of about 23,000 people, located halfway between New York City and Poughkeepsie. The FBI-led probe centers on the alleged misconduct of Rabbi Moshe Hersh Klein, the principal of the town’s religious elementary school.

The New York Times reports that a controversial video has emerged, showing

Rabbi Klein, the gray-bearded principal of the yeshiva’s third, fourth and fifth grades, his legs around a pupil who appears to be about 8, patting the boy and kissing his cheeks, and rocking him for several seconds. 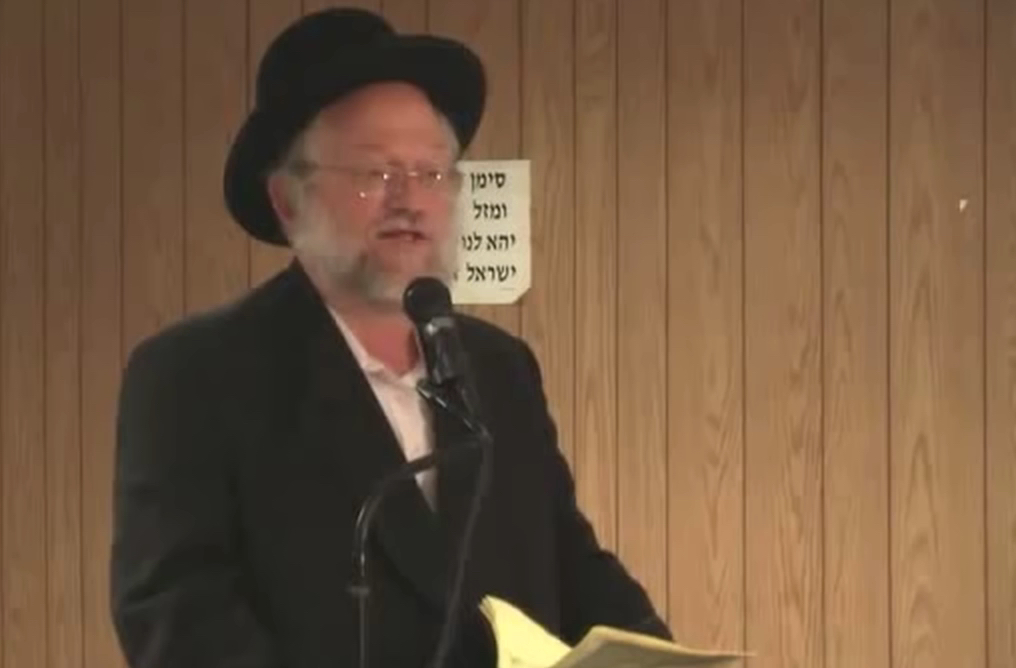 Apparently unbeknownst to the Times, there are actually two videos, with two young boys, each of whom is being treated to some lap time with Rabbi Klein. You can watch one of the videos here. Unless the footage is looped in ways that I didn’t detect, the boy is on Klein’s lap for more than six minutes. Klein is constantly moving his hands and feet, at some point appearing to press and ride up against the little body, and finally ending the encounter by offering candy.

That was perfectly innocent behavior, responded the school board in an indignant written statement.

“While this type of restraint may be unacceptable to some viewers,” the statement said, referring to the way Rabbi Klein can be seen holding the boy, “it in no way rises to the level of a criminal assault.”

That may be, but the FBI has been throwing some serious resources at the investigation. Consider:

Dozens of agents with the Federal Bureau of Investigation and county law enforcement officers … converged on a four-story brick yeshiva here on Thursday, some armed with guns, others carrying crowbars, as helicopters whirred overhead. According to parents of children at the school, the authorities took away boxes filled with computers, office files, and security-camera videos.

It’s too early to know for sure, but that seems to indicate probable cause that goes well beyond a man innocently consoling an eight-year-old child.

Referring to “a spate of sexual-abuse cases within Hasidic neighborhoods in Brooklyn and in Hasidic communities like [Kiryas Joel],” the Times notes that

By their very name, Hasidim declare themselves “pious ones,” so such episodes smack of individual hypocrisy. And the insular Hasidim have long chosen to handle accusations of child sexual abuse themselves. Families that make such allegations have traditionally been pressured to consult a rabbi before contacting law enforcement.

Six years ago, Ben Hirsch, who leads Survivors for Justice, a group advocating for Orthodox sexual-abuse victims, made a similar point in an interview with New York’s News12:

Hirsch believes there are thousands of [victims], yet their cases seldom end up in court because a rabbi’s permission is needed to call police. … “I don’t think there’s any community on Earth that has this percentage of people victimized,” [he said].

In 2013, Hirsch alleged that half of Hasidic boys are raped by elders, a claim I considered, with some wariness, here.

Kiryas Joel made a prior appearance on this blog: we learned last year that women are excluded from driving cars on its streets.

Two other things set the town apart. For a quarter century, Kiryas Joel has been dogged by repeated allegations of vote-rigging and other electoral fraud perpetrated by Haredi residents. Also, the place is, on paper, the poorest town in America, because women don’t get jobs and families are exceptionally large. The poverty isn’t exactly alleviated by inhabitants who are so Yahweh-besotted that they shun worldly work in order to devote themselves to studying religious texts. Public assistance is a way of life in Kiryas Joel, and welfare fraud is not unheard of.

We’ll update the story about the alleged child abuse when the FBI presents its evidence.