Head of Christian Charity Embezzled $475,000 to Finance His “Sex Addiction”

There’s an episode of Louie that contains a great observation about so-called sex addiction:

Because a lot of people these days, with excellent justification, see addicts as patients rather than sinners, it’s tempting for an incorrigible fornicator to couch himself in the mantle of sex addiction, rather than saying, “I just really love to screw as much as I can.” Better to be a victim than a pervert, I guess. Perverts get no sympathy and very little forgiveness; addicts just might.

Enter Jon S. Petersen (but not literally, ’cause he’d probably like that): 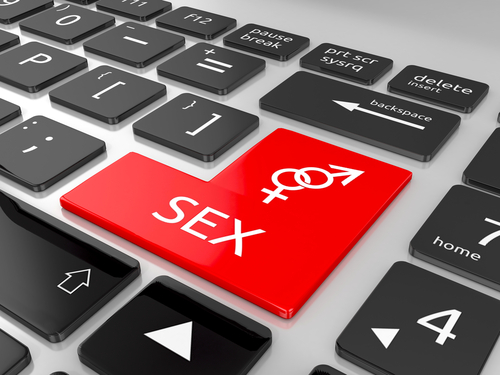 The president of a Christian charity in Iowa admitted that he embezzled nearly a half-million dollars in donations and used the money to pay for a sex addiction, federal prosecutors said Tuesday. … Petersen, 55, is the longtime president of World Ambassadors, Ltd., a nonprofit he founded with his wife in 1993 to provide a Christian outreach to international students on college campuses.

In his plea deal, Petersen admitted that he moved $475,000 in donations from the charity to his personal checking account between 2010 and 2014, draining virtually all of its funding, prosecutors said. The group had about three dozen contributors annually.

The fact that this guy stole almost half a million dollars to take care of a personal problem neatly drives home the point that Christians, for all the divine power and Biblical inspiration they say they have on their side, are no better (and possibly worse) than everyone else at fighting temptation.

Why, it’s almost as if there’s no God at all, and no superior religion-induced morality!

Petersen said he struggled with a sex addiction over the last decade and used the donations to pay for it — along with credit card debt and home equity lines of credit, prosecutors said. They didn’t go into detail about what he bought with the money.

The IRS yanked the group’s tax-exempt status in 2010 after it repeatedly failed to file a required annual disclosure on its income and spending, records show. Nonetheless, it was still registered as a nonprofit corporation and in good standing with the Iowa Secretary of State’s Office.

I’m sure he’ll bounce back eventually. Jesus died for Petersen’s sins, after all; and forgiveness — a bug, not a feature — is built right into Christianity’s DNA. If anything (I’ve said this before), people like him emerge smelling like roses. The well-trodden path to redemption is for the sinner to confess having a weakness; and because of his failure to pass the test from God (to which the required response is a show of remorse, spiced with a dash of humility and a crocodile tear or two) he ends up coming out… a better Christian.

Just imagine if that’s how it went down in schools — that by flunking, for instance, a math test, you could automatically claim to have become better at math.

It doesn’t work like that in the real world. Why does it in Jesusland?

May 19, 2016
A Christian Thought Experiment: A Response to Pastor Kevin DeYoung
Next Post

May 19, 2016 Why Your Beliefs Don't Always Matter: Liberal Redneck Edition
Browse Our Archives
What Are Your Thoughts?leave a comment