Shammi Haque is one of several Bangladeshi atheist bloggers whose life is currently in danger. Some of her colleagues have already been murdered. She could very well have been next — she received death threats and saw her name on a “hit list” going around online. 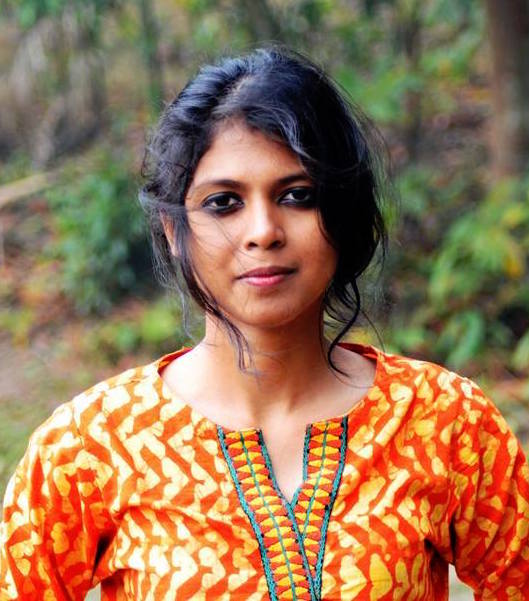 But the Center For Inquiry is trying to prevent that fate for Haque. Using donations from their Freethought Emergency Fund, and with the help of the German government, they helped her move the hell out of Bangladesh:

“When I was targeted, I was so afraid,” said Shammi Haque. “Every day I thought, this may be my last day, I may not see the next day’s sunrise. Connecting with the Center for Inquiry was a big opportunity in my life, for without CFI, I couldn’t have done anything. And CFI helped me immediately. Now I have asylum here, so I can live safely. So I am very thankful to the German government for giving me asylum so quickly.”

“Shammi is well-known for her courage and unwavering advocacy for secularism and free expression,” said Michael De Dora, CFI’s public policy director and coordinator of its efforts in Bangladesh. “She has shown that same courage throughout an ordeal in which she has been targeted for her unwillingness to be silent. We are delighted and relieved that we could have some hand in bringing her to safety so that she can continue to speak out and serve as an inspiration to others.”

Can you imagine having to move to another country because you dared to have controversial opinions and your life was in jeopardy? It’s incredible courage on her part. And I hope she’s not the only person who finds safety outside of Bangladesh.

You can help that happen by donating to the same fund that helped Haque.

***Update***: A reader correctly pointed out that Haque has been in Germany for months now; CFI only announced their involvement today. My thanks for the clarification.

May 19, 2016
The U.S. House Has Passed a Bill Protecting Atheists, Animal Slaughter, and Male Circumcision
Next Post