TN Mayor Wants Church Members to Pay Lawsuit Costs After City Officials Did What They Wanted May 18, 2016 Hemant Mehta

Kevin Caruthers was all set to start up a new whiskey distillery in Etowah, Tennessee last year. He put $200,000 into the business and Hillborn Crafted Spirits was preparing to open for business. But in October, after intense opposition from the North Etowah Baptist Church, the city commissioners voted 3-2 to prohibit alcohol production within city limits. (I’m sure it was purely coincidental that two of the commissioners were members of that church…)

Even though Caruthers had been issued a permit before the vote, the dream of a distillery was dashed. 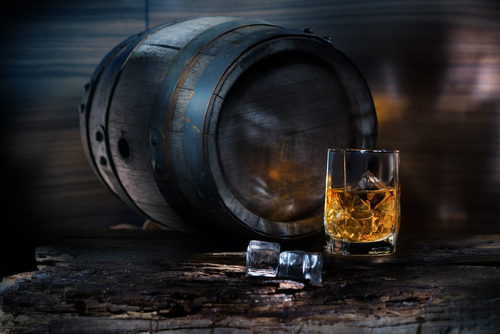 “They started pitching a fit about that, equating that if we establish a business there, then we’re going to increase the violence, and the drunk driving and everything else here in town,” Caruthers added.

Anyway, Caruthers sued the city. Mayor Burke Garwood must have known what the commission did was illegal. Not only is prohibition long over, the commission was basically doing what the church wanted. It was a complete violation of the Establishment Clause.

By March, the city reversed course and voted to let Caruthers open up his distillery, and earlier this month, a settlement was finally reached: the city would pay Caruthers $42,800 in addition to court costs, basically for wasting his time and forcing him to hire attorneys.

Here’s where things get really interesting.

Mayor Garwood is now asking the North Etowah Baptist Church to cover the costs, since this was all their fault.

He asked that the “contribution” be spread out in $15,000 increments to the Etowah Carnegie Library, Etowah Area Senior Citizens Center and Etowah Parks and Recreation Department.

“Finally, I am requesting North Etowah Baptist Church to issue a sincere apology to the citizens of the City of Etowah for creating so much turmoil in our city by crossing the line between church and state,” Garwood concluded. “The actions of a few have caused pain and aggravation for so many more.”

To be sure, the church doesn’t owe the city anything no matter how the mayor frames it. Members had every right to complain.

Church leaders haven’t responded to the mayor’s request, but I don’t expect they’ll hand over the cash anytime soon.

Maybe the better question is how many of the church’s members will become customers at the distillery, set to open this summer.

May 18, 2016
Four Men Arrested by Bangladeshi Police in Connection with English Professor's Murder
Next Post

May 18, 2016 Canada Proposes Amazing Transgender Inclusion Law, Putting the U.S. To Shame
Browse Our Archives
What Are Your Thoughts?leave a comment