This Christian Music Producer Beat and Abused Disabled Boy (7) For Months… Then Murdered Him May 18, 2016 Terry Firma

This is as grim and heart-tearing a story as you’ll ever read on Friendly Atheist, its emotional impact no less for having taken place far away, in Australia. There are days when I hate what I feel compelled to write about — all this violence and hypocrisy can severely darken my mood — and I just want to go play with my kids and hug them tight.

Consider that your trigger warning.

A Christian hip-hop music producer who murdered his girlfriend’s intellectually disabled son following months of “cruel, degrading and inhumane” abuse has been sentenced to 42 years jail. Kodi Maybir, 32, claimed the little boy, Levai, had fallen off a pogo stick inside the music studio where the family lived in Oatley, in Sydney’s south, in May 2013. 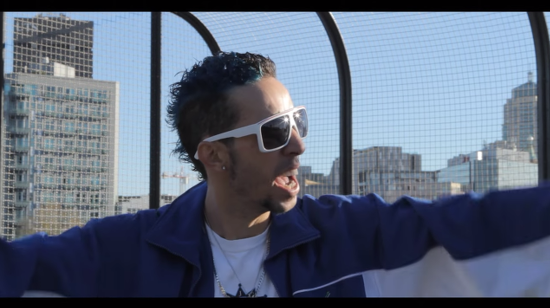 Detectives thought from the get-go that Maybir was the culprit. He didn’t help himself when he kept changing his story. At some point, he told the cops that the pogo-stick accident didn’t happen after all, and that the boy had slipped and hit his head when Maybir made him balance on a coffee can by way of punishment. Later, in court, the pious producer claimed that Levai died of accidental injuries sustained while the two of them were “play-wrestling.”

After Levai breathed his last breath, it took Maybir and the boy’s mother, Kayla​ James, 24 hours to call emergency services.

The court heard that

A post-mortem found dozens and dozens of both old and recent bruises, fractures, abrasions and scars on the boy’s 20.5 kg body — the result of months of mistreatment and cruel physical punishments in the lead-up to his death.

Maybir had subjected the youngster to repeated acts of violent abuse under the guise of “punishment” in accordance with a “bizarre” discipline regime inspired by religion and a movie about Spartan soldiers called 300. …

… said Justice Robert Allan Hulme, the judge in the case.

The under-talented hip-hop producer, by contrast, thought highly of himself — he was a “savior of single mothers,” he vowed, and

… he referred to himself as being “the General of the Army of the Helpers” and said the army “carried out the will of God“.

James, the single mother in question, allowed her disabled son to be killed and her family torn apart after she began to go along with Maybir’s God-inspired codswallop.

Giving evidence at his trial in return for a reduction in her sentence, James said she had come under the influence of her partner’s “bizarre” Christian philosophy, allowing him to punish her child violently and inflicting similar punishments herself. Her infatuation with and submission to Maybir was described as “cult-like.” Prior to meeting him, the evidence showed she was a caring and diligent mother.

Investigators had a relatively easy time piecing the case against James and Maybir together:

A number of the punishments [were] recorded on a mobile phone video, either by Maybir or James, including one incident in which the boy’s siblings were ordered to take turns hitting him in the stomach and the face.

On one occasion, Maybir incited Levai to insert his finger into his younger brother’s anus as part of his attempt to convince James her children were being sexually abused by a male member of her family. The incident was recorded on video and Justice Hulme said it is obvious Levai had no idea of what Maybir was insinuating.

On other occasions, Levai was also forced to run laps, crouch on the floor with his arms outstretched for hours on end, and repeatedly spanked, slapped and punched.

He was often denied food and water, forced to sit outside in cold weather without warm clothing and on one occasion forced to eat his own faeces.

Maybir’s attorneys didn’t try to argue that he is mentally ill, and presented no psychiatric assessment of their client, causing the court to conclude that it possessed not much insight into the whys and wherefores of the defendant’s “despicable” behavior.

Prior to Maybir being read his 42-year sentence, mom Kayla James had heard the court impose a 10½-year prison term on her, on charges of “manslaughter by gross criminal negligence.”

James’ other two children are now wards of the state, their early lives ruined by a violent, delusional god botherer, and by the mother who betrayed them and their brother in just about the worst way imaginable.

May 18, 2016
In Oregon, Three Non-Religious Candidates Won Their Primaries for the State House
Next Post

May 18, 2016 Pastor Glyn Barrett's Story of Winning a Fake Debate Against Atheists Isn't Even Original
Browse Our Archives
What Are Your Thoughts?leave a comment