An Australian Channel 7 news reporter, Steve Pennells, recently came to the U.S. to cover a story on Ken Ham‘s tax subsidy-milking Biblical amusement park, Ark Encounter, fetching interviews with both Ham and Bill Nye. But if the segment’s teaser is any indication, it seems Pennells wasn’t interested in the facts — rather, he crafted his own sensationalized version of the story. 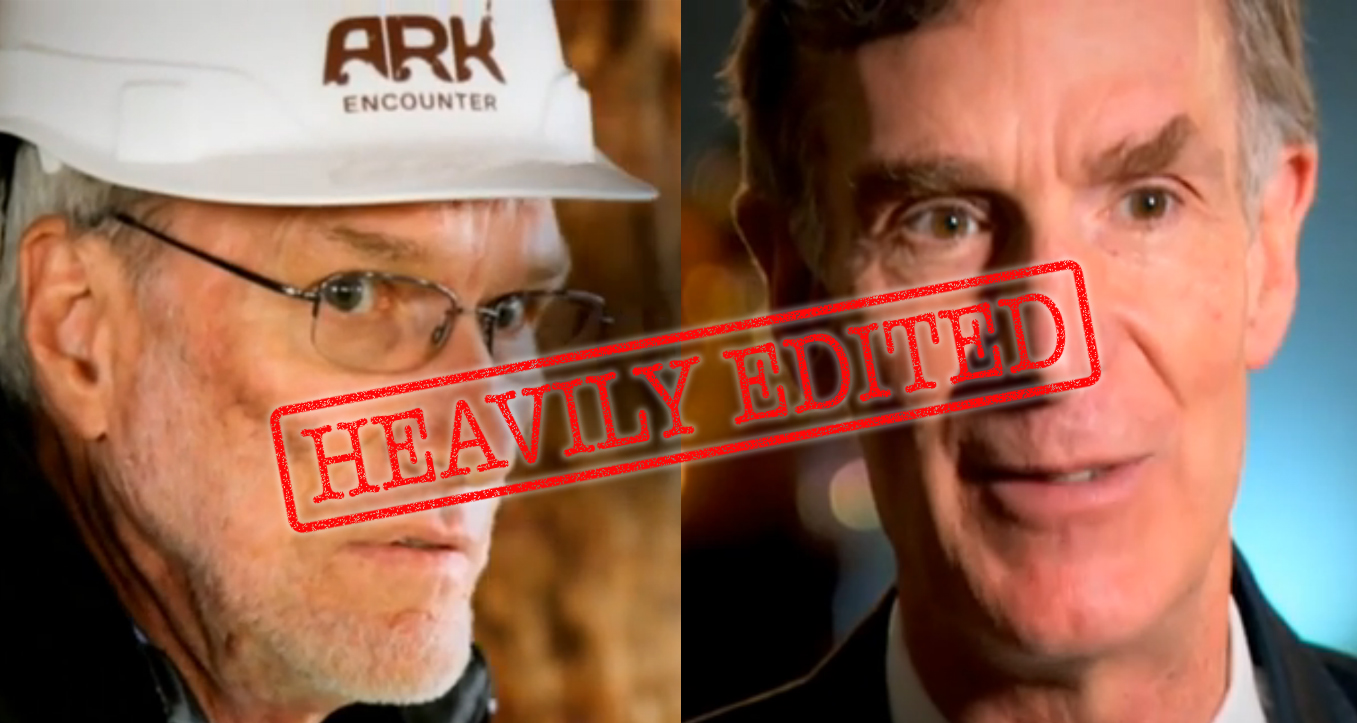 That 40-second teaser led Ham to a blog meltdown earlier today, and pushed us to contact Nye for the full story.

As usual, what we found is that Ham assumed the worst and was quick to jump to conclusions. The truth, however, is much more nuanced than he’d like to think.

Let’s start with what Ham wrote:

During a recent interview at the Ark Encounter construction site, I was quite taken aback when a TV reporter with Channel 7 Australia, a major network in my homeland, asked me on camera if I was the messiah!

Since that time I have kept wondering why he would ask such a bizarre question. I’ve never in my life been asked anything like that. The Messiah is our Creator and our Savior, Jesus Christ…

But I just discovered why the reporter asked his question.

Watch this trailer that is advertising the Channel 7 program Sunday Night that will air on Australian national television this coming Sunday evening, and you’ll find out why the reporter posed the question.

Ham’s conclusion is that the reporter asked him if he was a Messiah (or “the” Messiah) because, it seems, Bill Nye makes that very accusation in his interview:

Says Nye in that clip:

“His followers believe that he’s a Messiah.”

What Ham is either not telling you (or is simply not aware of) is that he was interviewed before Nye.

The Channel 7 crew had already been to Kentucky for interviews a week ahead of visiting Bill Nye in New York on May 9. Therefore, this “Messiah” mention originated from Steve Pennells, the reporter.

So why did Nye make that comment? When I asked him, Nye said that he was repeating Pennells’ very words back to him, in a way you would when someone makes a curious statement that you need time to process.

According to Nye, the exchange went something like this:

PENNELLS: His followers believe that he’s a Messiah.

NYE: His followers believe that he’s a Messiah?!?!?!

Journalistic integrity? Sorry, I couldn’t hear you over the sound of click$.

Well, that’s my side of the story.

I look forward to seeing the finished piece.

Pennells’ involvement in the editing of this teaser is anyone’s best guess, but it does seem that someone manipulated the footage to create drama that this Ark shit-show didn’t really need. As if discriminatory hiring, tax incentives on a ministry, false projections, lying to towns people and public officials, and brainwashing children wasn’t enough to report on.

I will say, though, I enjoyed the sinister music coupled with the scowl of Ham’s face staring off into the distance. It put a menacing emphasis on his comical villainhood and gave me a chuckle.

The actual news segment that spurred this whole controversy will air this Sunday at 8:45p in Australia. We’ll post the clip when it becomes available.

(Correction: We referenced Ham being called “the Messiah” earlier. Based on comments and our own repeat viewing of the video, it seems to make more sense to say “a Messiah.” The point of the article still stands, but we fixed it throughout the piece. — Hemant)

May 18, 2016
Baptist Pastor Does His Best Impression of Mother Teresa Burning in Hell
Next Post