Despite What the Media Says, Going to Church Doesn’t Necessarily Lead to a Longer Life May 18, 2016 Hemant Mehta

Despite What the Media Says, Going to Church Doesn’t Necessarily Lead to a Longer Life

This is a guest post by Alexis Wesley. She’s a feminist, Humanist, and atheist who believes in the Oxford comma.

Women! (Yes, you!) Want to live longer? Go to church! Because science!

A couple of weeks ago, John Oliver warned us about the siren song of “science suggests” and how it’s abused when presented to the general public. Recently, as if Oliver had been preparing me for this, my newsfeed filled up with friends telling me to go back to church if I wanted to live a longer life. Apparently a scientific study had proven there’s a link between church attendance and life expectancy. 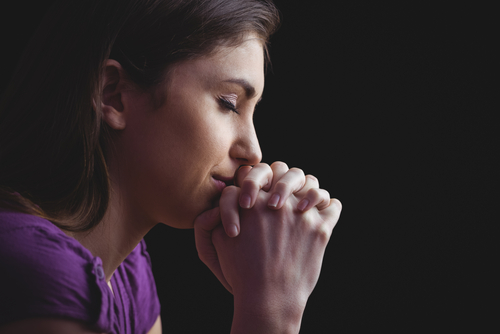 This isn’t the first time church people have told me that the secret to a longer life is to follow their rules. When I was a child, I was told that obeying my parents, even when they were wrong, would make me physically live longer (Exodus 20:12; Proverbs 3:1-2). My parents’ will was for me was to attend church, and I complied by doing so multiple times a week.

But since giving up church for good, I have felt more at peace, less judgmental, better rested, and more positive. Yet now I hear that “science” wants me to go back there? What gives?!

A study published by JAMA Internal Medicine looked at middle-aged Western women (starting generally in their fifties and going into their sixties over a period of 12 years) in the field of nursing (as part of the Nurses’ Health Study) and found that those who self-reported attending more than one religious service a week had a 33% lower mortality rate.

Does that settle it, then? Go to church or die young?

Let’s start with the fact that middle-aged Western women in the field of nursing (we’ll call them MWWN), who are the sole focus of this study, do not represent all women. Yet many news outlets would have us believe they do.

“Churchgoing aunts, grandmas, and moms might be on to something,” starts Today’s Health and Wellness article titled “Going to church can help women be healthier, live longer.”

Really? Your aunts, grandmothers, and moms are all middle-aged nurses? (Good for them.)

“Women who go to church more than once a week live five months longer, Harvard study finds,” claimed The Independent, which is almost identical to the Huffington Post‘s “Women Who Go To Church Live Longer, Harvard Study Finds.”

Not content to turn MWWN into all women, some articles seemed to think MWWN represented all people of all ages, genders, and occupations.

“Now experts have pointed to evidence that going to church could also actively help people live longer in the here and now,” said The Telegraph.

My favorite headline came from WebMD: “Spirituality May Help People Live Longer” — even though “spirituality” wasn’t taken into consideration in the study.

John Oliver could have used this in his segment.

The second issue I have with media reports on this study is their eagerness to assume that religious practice alone, and no other factors, created the difference in lifespans between MWWN groups. The study merely presented data on the correlation between MWWN with hyper church attendance and those with none, yet many reports on the study attempt to insert causation into the data, implying that church or religion is the key to long life.

More likely, the causation could simply be that well-liked members of a community, who are regularly active in and supported by that community, will enjoy better health. (In other words, atheists who are active in an atheist community may fare just as well.)

Dr. Nigel Barber, writing for Psychology Today, asserted that any health advantage a religious person enjoys is only present when living in a highly religious society, like the U.S. where the majority of people are Christians.

By contrast, in “Denmark and the Netherlands, where religiously active individuals are in the minority, any health advantages of religion shrink to vanishing point.”

Guess which country the MWWN were from?

While you’re at it, consider these additional unknown factors:

Did the MWWN belong to the same religion?

Did the unchurched believe they were failing to live by their religious tenets?

Did the MWWN who didn’t attend church identify as trans* or lesbians — groups that have traditionally been discriminated against by church leaders?

Would attending yoga classes or game nights with friends at the same rate as other women who attended church have produced the same results?

Could the answer lie instead with the church’s cultural community?

Could it be that getting out more, however you do it, is good for a person?

Could the longevity be due to the endorphins one gets from prayer or music or camaraderie?

Could it be due to the self-discipline one shows in regular participation in an area of interest?

Who knows? This study wasn’t equipped to answer those questions.

Any interpretation of the data we have is subjective. For example, I could interpret the results of this study to show that socialization is more important than sincerity. Since the study didn’t ask the unchurched MWWN if they prayed every day or practiced their religion, but merely focused on attending religious services, I could interpret the results of the data as the benefits of simply “being seen.”

Hell, you could easily use the same data and produce this equally clickbait-y headline:

“New study finds genuinely religious people do not live as long as their more social counterparts.”

(Huffington Post, I assume my check’s in the mail.)

The opening of my article would look like this:

Jesus may have said to pray silently and alone, yet those who attend church and regularly pray with other people may have the advantage! Being social is much healthier than being sincere, suggests a new study. Researchers found that it doesn’t matter what you believe as long as you’re surrounded by others who claim to believe it, too.

Since the study didn’t attempt to confirm the attendance records of the self-reported MWWN church group, another article could claim, “Study finds that telling people you attend church leads to better health.”

It would be no less honest than any of the other article titles I’ve listed.

This data doesn’t represent an overwhelming scientific consensus on the connection between health and church attendance; this study is a drop in the river of the subject at hand. We still have a lot of data to collect, replication studies to perform, and other studies in the same field to compare the data with. Showing a connection between MWWN and increased life expectancy is indeed interesting, but it’s merely a conversation starter, not a conclusion.

Don’t take my word for it. Dr. Dan German Blazer II from Duke University, who evaluated the study in the same JAMA Internal Medicine journal, helpfully confirmed, “This study does not suggest that clinicians prescribe attending religious services as a way to be more healthy.”

Blazer’s comment may have been in response to the study’s abstract, which concluded, “Religion and spirituality may be an underappreciated resource that physicians could explore with their patients, as appropriate.”

I immediately sensed a potential giant leap in reasoning in that statement, made only slightly better by the conciliatory use of the words “may,” “could,” and “as appropriate” — words that many news articles have ignored completely.

It’s true that religious services have a number of healthy aspects to them, such as increased human contact and networking, emotional support, and the benefits to the brain offered by meditation (prayer) or music. None of which, by the way, rely on the supernatural. I have personally experienced all of these things at Sunday Assembly, a secular alternative to church. I would hope physicians would stay out of my (lack of) religious life, “resource” or not.

And when the majority of the population is religious, news articles that interpret data as an endorsement for religious practice won’t get much pushback, even when it is presented in a clearly dishonest way. Actually, any study that confirms our own biases can fall into this trap — the cognitive dissonance only kicks in when we are met with something that doesn’t support our worldview; meanwhile, studies that support it are generally given a pass.

In the case of this study of MWWN, though, the only conclusion we can draw is one that applies to a particular subgroup. And even then, the causation is highly interpretive. Saying that the answer to longer life is church attendance falls far outside the scope of this study’s findings, and it’s not an honest summary of the data it presents.