After predicting that administrators would “cave in” and adopt the suggestions, Wiles said this would only lead to “civil war.”

And then it got worse. 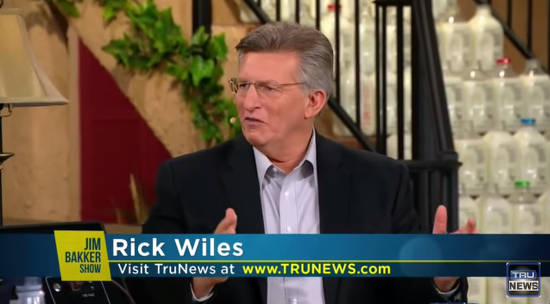 We’re living in a funhouse. In a house of horrors. The president — the fake president, he’s a fake president, he’s not a legitimate American president, he’s a fake and he’s been allowed to do these wicked things for eight years because there’s been no resistance to him, and now he’s going for it, he’s got the pedal to the metal. He’s coming into the schools to rape your children. Let’s be honest about it. Satan wants to rape your children. I’m telling you, there’s going to be confrontation in the country. There will be a group of people who just say, ‘This is it, I’m done, at this point, we resist and we’re pushing back.’

Tell me: Who are you more afraid of? A transgender student or Rick Wiles?

And how awful a human being do you have to be for your denial of Obama’s legitimacy to be, like, the third worst thing you said in the span of a minute?

Just another day in conservative talk radio land, I guess…

May 18, 2016
Despite What the Media Says, Going to Church Doesn't Necessarily Lead to a Longer Life
Next Post