While top officials in the United States argue over where transgender people can pee, Canadian Prime Minister Justin Trudeau just proposed sweeping legislation to protect trans people from discrimination across the board. 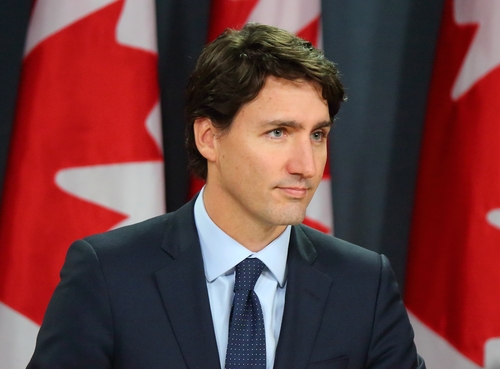 The prime minister’s administration proposes to ban anti-trans discrimination nationwide, as well as add transgender people as a protected class under the country’s hate crimes law.

“Everyone deserves to live free of stigma, persecution and discrimination — no matter who they are or whom they love,” Mr. Trudeau said in a statement. “Today is about ensuring that all people — regardless of sexual orientation or gender identity — feel safe and secure and empowered to freely express themselves.”

The legislation will protect people both on the basis of gender identity and gender expression, or how a person presents themselves regardless of how they identify. Currently, eight of Canada’s 13 provinces protect transgender people from discrimination and five cover both gender identity and expression, so these new laws would set a national precedent:

The government’s proposals include changes to both the federal criminal code and the Canadian Human Rights Act. The changes to the criminal code will have a broader impact, because criminal law is solely a federal responsibility in Canada, while each province has its own human rights charter.

Similar bills have been introduced in Canada’s government before, but they stalled and died in the Conservative-led Senate; these bills are expected to pass with much greater ease. And, of course, policy is only one piece of the puzzle in improving conditions for transgender people:

Alexandre Baril, an assistant professor at the University of Ottawa’s institute of feminist and gender studies, said the new bills were welcome but insufficient on their own. “We cannot count on legal reforms to protect transgender people,” Mr. Baril said. “It will be a first step, but after that, there are so many things we need to focus on.”

Among other things, he said, there was still an acute need to improve health support, particularly for mental health needs, for transgender people in Canada.

Meanwhile in the United States, the Department of Justice and North Carolina are suing each other over the state’s HB2, a controversial law that bans trans people from using the bathrooms that align with their gender identity. In the event of a Donald Trump presidency — or just for the sake of trans people being treated with dignity and respect — moving to Canada might not be such a bad idea.

May 18, 2016
TN Mayor Wants Church Members to Pay Lawsuit Costs After City Officials Did What They Wanted
Next Post

May 18, 2016 Despite What the Media Says, Going to Church Doesn't Necessarily Lead to a Longer Life
Browse Our Archives
What Are Your Thoughts?leave a comment