Baptist Pastor Does His Best Impression of Mother Teresa Burning in Hell May 18, 2016 Terry Firma

If there were a hell, I think Mother Teresa would be a perfectly fine candidate.

But not because she simply chose the wrong religion.

Fundamentalist Baptist pastor Steven Anderson thinks it makes perfect sense that only his kind of Christians will sit at Gods’ feet for eternity, content in the knowledge that, meanwhile, heretics like the Albanian nun will burn in the lakes of fire. And to illustrate his point, he does two impressions of Mother Teresa in this video, at 0:46 and 0:58. 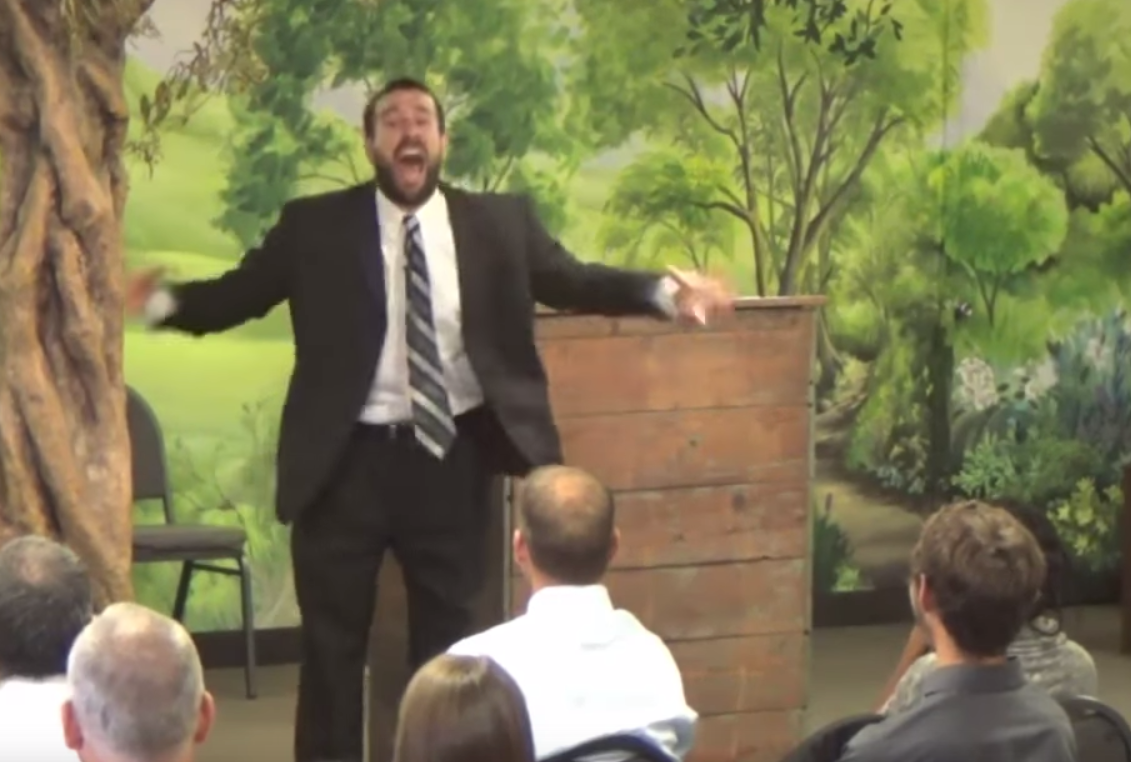 Anderson recalls how, when the topic of Mother Teresa came up at a pool party, he felt he had to set a bunch of teenagers straight, and then the adults, too. (He sounds like a real barrel of laughs, doesn’t he?)

Is that how you get to heaven, by being Catholic and doing good things? … And this was like a wake-up call for me, because I thought that most of my friends were saved, but at the end of that conversation, I realized, they all virtually had no clue that salvation was by faith alone.

And Mother Teresa’s was the wrong faith. Simple.

I recall that this was the first theological issue I ever grappled with, when I was 11 or 12 — when I realized for the first time that other people were serious about their gods (some part of me had assumed they were just playing at being faithful). If you’re born in Ireland or Italy, I thought, the luck of the draw says you’ll become a Catholic. If you’re born in Finland, chances are you’ll become a Lutheran Protestant. In Iran, most babies turn into Shi’ite Muslims; in Pakistan, the default faith is Sunni Islam; in India, Hinduism. If being born into the “wrong” religion means burning in hell forever after you die, what does that say about the fairness of the god who allocated those infants to those areas, knowing in advance that billions of them were destined to writhe in unimaginable agony forever?

I decided I wanted no part of such a disgusting belief. And I had no reason to reconsider when I learned later that Christianity is home to 41,000 denominations, which warrants 40,999 re-tellings of the famous Emo Philips joke.

It’s sad that pastors like Steven Anderson never reached the intellectual maturity of a 12-year-old and are still performing their neener-neener schoolyard taunts at an age when, deo volente, they ought to know better.

May 18, 2016
Pastor Mark Driscoll to Young Woman: Your Anorexia Was Caused By the Devil
Next Post